Flight of the Butterfly

I was taking a nice quiet day off, you know one of those selfish days where I get up and make sure all creatures are happy and fed so the rest of the day could be totally self indulgent. I puttered away in the greenhouse pampering my orchids, brought this one indoors, probably my favorite ????  hmmm wellllll yeah maybe? 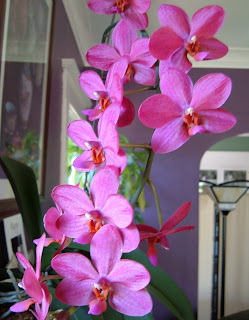 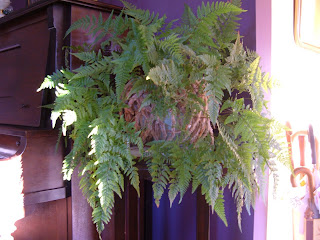 Poured another coffee and was admiring one of my fern's (Davallia trichomanoides), then I floated back to earth and landed with a crash as the doorbell rang at the back of the house.......which only meant one thing, "The Little Terrorist #1", Taeya.  The din that ensued was ridiculous, Taeya screeching with excitement, the dogs racing through the house just so they could be the first to reach her.  Our son Ian trying to fight his way through it all with a mountain of baggage that goes everywhere with her (this girl does not pack light), he then turned and waved and said "don't forget she has dance class"!  Dance class, how could I forget.  Mema signed her up for it because.....well......that's what Mema does!  Only this day Poppi gets to take her because.......well?.....Well,  just because Mema told Poppi that is what he was going to do!!  Have any of you ever tried to put what seems to be a tutu  that is two sizes too small on a wriggling three year old that has enough energy to run an electric plant? And if that wasn't bad enough the ballet shoes looked like they were supposed to fit dolly, not Taeya. And the right foot looked exactly like the left and were not marked as such either.  So who knows if I have permanently damaged the poor child's feet, but at least she is not walking like Quasimodo.....yet!
I loaded the little ball of energy into the car and off we went. Don't get me wrong but my granddaughter as most wee ones has always been a bit of a klutz and on our arrival at the center she tripped and fell three feet away from the car.  We avoided most of the tears by humiliating myself with goofy faces and spinning her round and round until we walked through the doors in loud squealing giggles.  I sat her down on the dance floor and my granddaughter instantly changed. 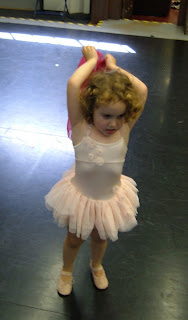 ﻿﻿She changed before my very eyes 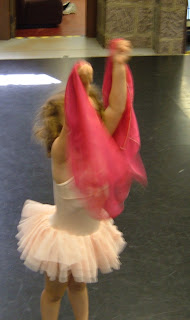 could these be the wings of a butterfly? 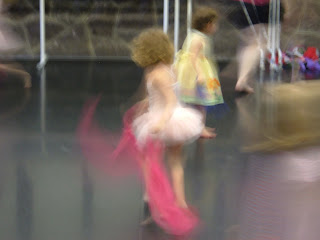 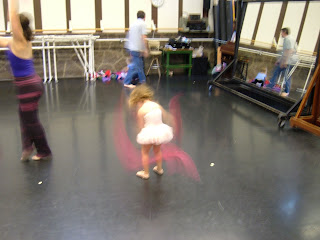 there was never a moment when the child...er...butterfly sat still 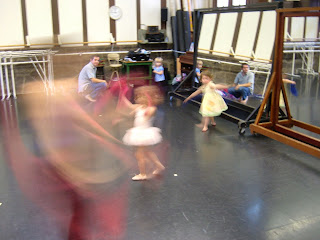 other butterflies tried to compete with her flight around the room
﻿ ﻿ 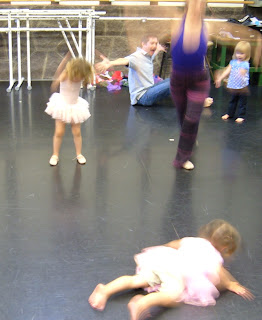 ...with or without wings she out danced...er flew..and the other little butterfly's either crashed to earth or..
....or stumbled off shaking their little heads. 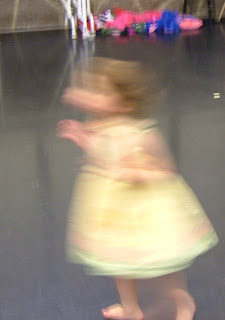 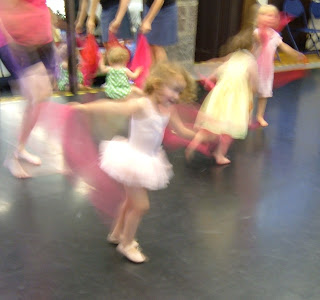