Gardens May Sleep But Never The Gardener

This last weekend the temperature was high 60's and glorious sunshine but yet the garden remains in its winter slumber.  So while there is not a lot to do in the garden I took advantage of this and worked in the greenhouse cleaning, rearranging and spraying.  I also potted up several containers of peanut cactus as for some reason it seems to be a popular request from co-workers or visitors to Menagerie Manor. 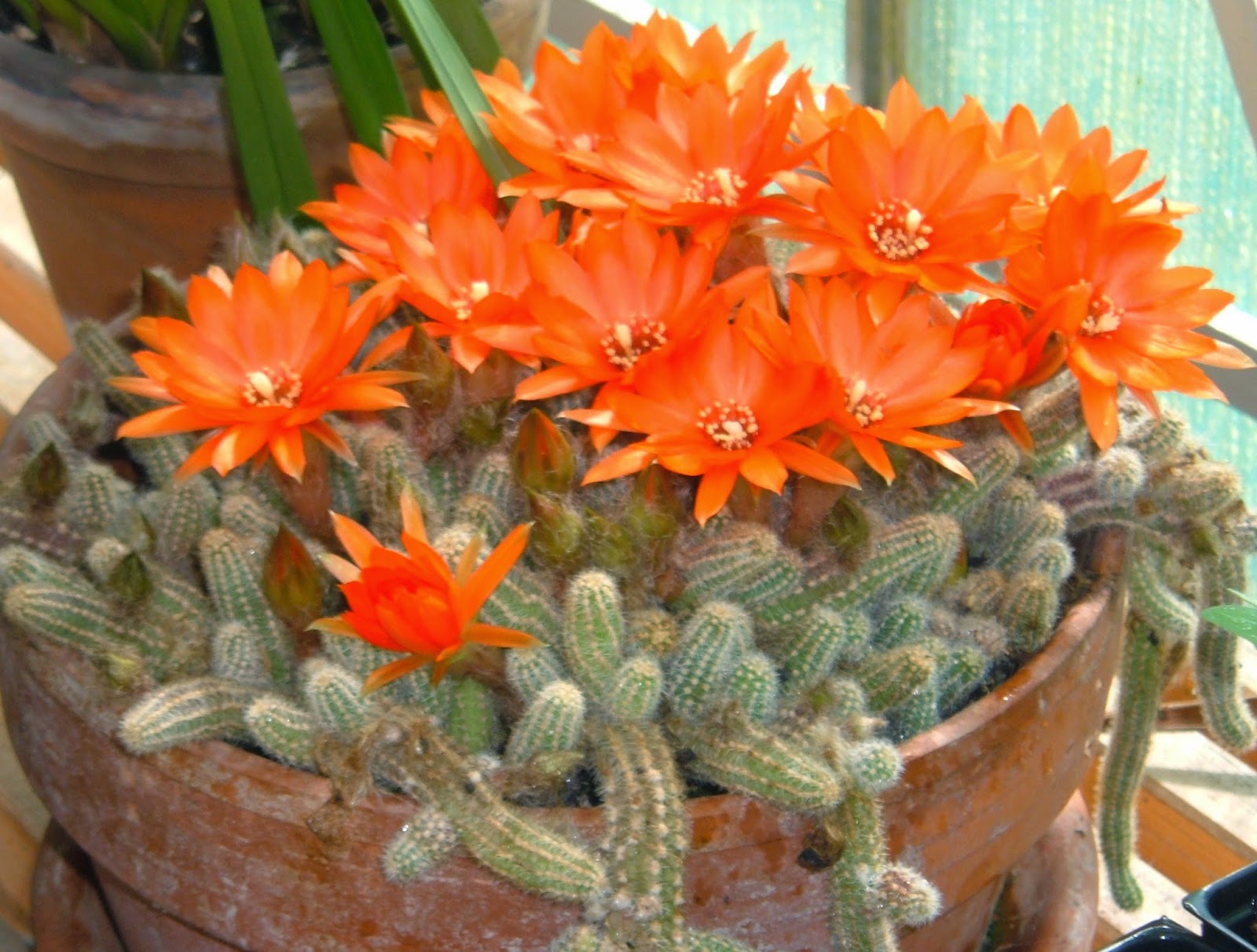 It does have a cheery little orange daisy like flower, but that is while in the greenhouse and unless one has a nice bright south window it rarely blooms in the average home.  But regardless it is a fun little cacti that is easy to grow.

A Block Off Route


Writers block?  Down in the dumps?  Not able to cope?  Depressed?  The list goes on and on naming possible reason’s why I have not posted for such a long while.  Trouble is I can't pin it down to anything in particular.  Writers block?  No, I could write....just have not felt like it.  Down in the dumps?  Perhaps, but then I'm too freaking cheerful to be that.  Not able to cope?  Been coping pretty damn well for 61 years so far...so no!  Those last two pretty well trump depressed.  So I think I will just say I took a break.

Quite recently my father who winters in Arizona at my twin brothers home finally went into a clinic to have his persistent cough checked and was immediately hospitalized with suspected pulmonary heart disease.  After a week of tests they told us his heart is fine but he has sclerosis of the liver or fatty liver disease, which he can live with.  He was put on diuretics after draining five pounds of fluid from his chest and he would have a serious change in diet; no this and no that, but at the top of the list, no salt.  A few weeks after flying back home to Portland he decided that living on his own was not an option for him so he accepted my younger brother's request and moved into his big home in Beaverton.  At 81 my father is very capable, and sees to his own daily needs, drives his own car, goes to the gym most every day and quite obviously makes big decisions and follows through.  I love my dad and am comforted that he has decided to make the changes he has made.  Selfishly though I will miss stopping by my parents house that had been their home since 1971 when we moved from England to Portland. After work I would go one block off the route home and stop at my dad’s for a visit and a glass of our favorite scotch.  Most of the rooms are empty now, leaving the stuff that will eventually end up being donated.  Between my sister, two brothers and myself we gleaned many items that will be useful in our own homes as well as the many things that simply hold special memories.  Thanks dad for all the tools, I can hardly wait to use that big pressure washer on the years of algae build up on the driveway.  And while it is not such a useful item as the pressure washer, mom’s old piggy bank has a place of honor in the front guest room.

Since he is not selling the house right away I've thoughts of planting vegetables in the garden at the back of the house.  It is too far for dad to come and water every day, but then it is only one block off my route home from work.  I will put a chair in the garden shed that I can drag out and sit and talk to the vegetables while I keep a vigilant eye out for marauding hordes of slugs.  In one of the boxes of treasures I took home there is a flask that MeMa told me I didn't need as I already had one.....  Well I think I will heed her advice and drop it by dad’s but put it in the garden shed so when I find myself a block off my route  home from work I can have a glass of our favorite scotch.