MeMa grabbed my hand and squeezed until I was able to gather myself and listen to what the young doctor had to say about MeMa's treatment plan. Her diagnosis was ovarian cancer. My leg started bouncing up and down unseen under the table, but the look of grief was apparent. The next week the young doctor performed a biopsy that confirmed what she had already told us. We have since met with the doctor that will be in charge of the three rounds of chemotherapy that MeMa will undergo in hopes that the cancerous fluid that has filled her stomach cavity will dry up enough to perform surgery. If not, then she will continue chemo. The cancer cells were ovarian in origin but detached and reattached the stomach wall in about eight places. I have never known a stronger person than my lovely wife, she has an unbelievably high pain threshold. A few years ago I watched her wince but never utter a peep while they reset her broken wrist. She has been ill for quite a few weeks and her doctor was sure it was acid reflux, so was treating her for that. MeMa finally told her that she was sure there was something else wrong. They performed a CT scan which showed the tumors. She starts chemotherapy next week and because we live in a nation of complete idiots that refuse to wear a mask because it violates their freedom or some such nonsense. The covid pandemic will not allow me past the front door of the chemo clinic. I am furious with the happenings in our world but I am heartbroken with the suffering that my beautiful wife is and will endure. 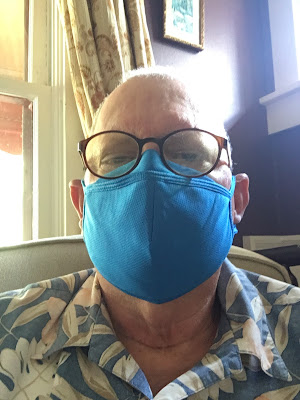