Gold In Them Thar' Hills?

Gates? Niagara?? Mill City??? These three towns have one thing in common, our good friend Debbie C. grew up there. It's all a bit confusing, but all that exists of Niagara is the land and now that is part of Gates. Population is estimated to be 475 and to most of those residents Niagara is a place that their grandparents talked about. 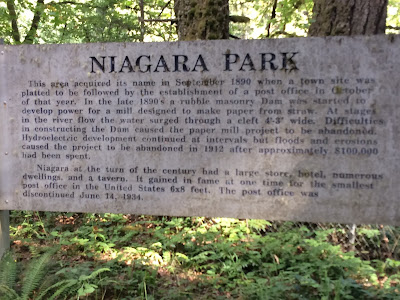 Debbie's family all still live there, with the exception of herself and her younger sister who lives in Vermont. Her late mother and father's land has been handed down to another sister and her husband who are renovating the old home and plan on living there eventually. The property during the gold panning and logging years once had an old hotel and other buildings on it which like Niagara have all disappeared, but the whole area is great hunting ground for relics of the past.
I inherited a very nice metel detector from my mothers estate that I have been itching to try out, so last week this old gardener and his three fellow explores traveled down to the Gates property to see what sort of riches we could unearth. Our base camp was Debbie's nephew's new home which he built himself on the family land. No digging latrines or trying to eat a meal whilst batting swarms of mosquitoes for these explorers. The house was gorgeous and all very stunning facilities for our comfort. After a bit of exploring, Debbie provided  a wonderful lunch on the patio for us. We dined while listening to the sounds of the SantiamRiver below us and MeMa giggling with glee while jumping on the trampoline with Debbie's great nephew and niece, Tennesee and Liberty. 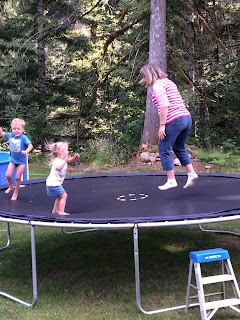 After the lunch and entertainment was finished, the happy band of explorers continued their search for buried treasures of the past. Debbie's family have several parcels of land so we left base camp and drove on down the road to try our luck elswhere. This next property was in the middle of the woods with only the sounds of birds and insects. We followed old logging roads that are now just part of the woods. 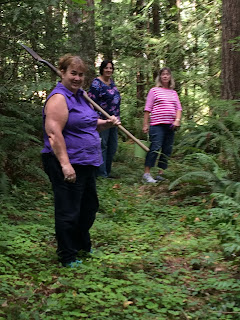 Indiana Jones has nothing on this merry band of senior explorers 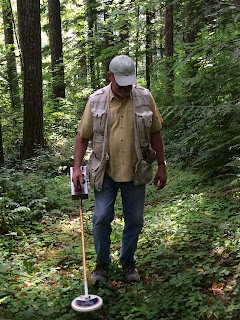 I brought up the rear with the "machine" making all kinds of blips and beeps....... 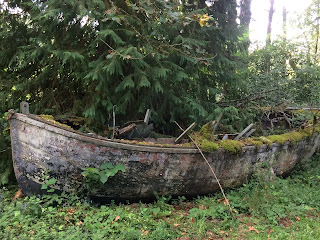 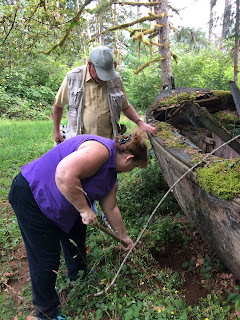 With a great deal of excitement I shouted "Dig here, it's got to be coins or gold!"
1. two rusty nails
2. one iron pipe
3.one tin can lid
Really? What kind of moron puts a boat out in the middle of the woods with no water. 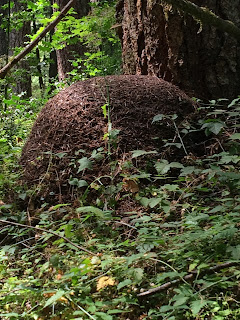 The life of an adventurer is not without perils, such as these humongus ant hills. I was gazing at this very wonder of nature when I discovered I was about to be carried away by this massive army of ants. I was about to yell, "Run for the river, they can't get to us there!" but discovered like the moron that put the boat in the middle of the woods, there is no river. So we just stepped over the line of ants and everyone went their merry way. 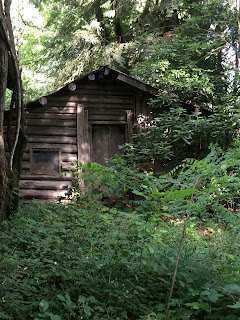 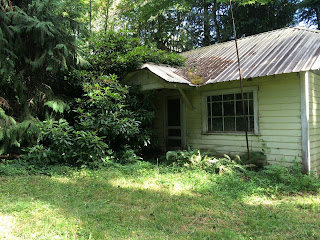 Even this house left by the previous owner and now Debbie's family to go back to nature. The forest is all but swallowing it up.
﻿ 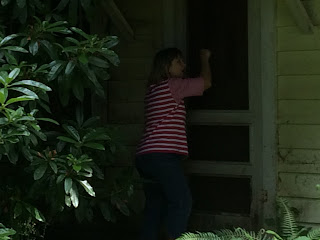 MeMa insisted it was the home of  "Snow White and the Seven Dwarfs". Some people have to be treated more gently than others so we waited until she was sure there were no dwarfs. That's right dear, no dwarfs and no gold, it's time to leave.
On our way home we stopped and enjoyed the view of the Santiam River before heading back to Portland. 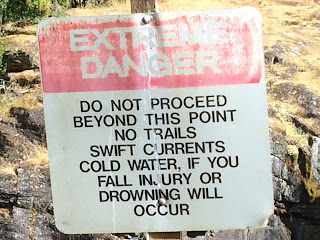 From a safe distance of course 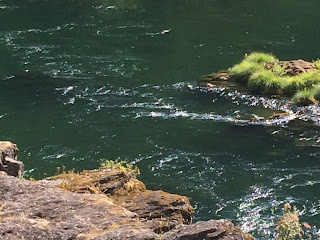 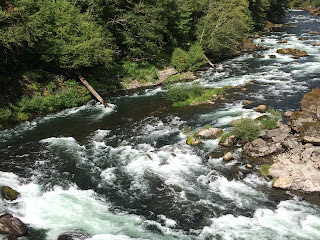 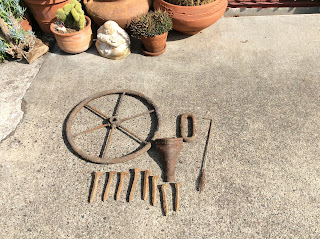 If rusty iron was valuable the days, booty might have made us rich. Eight railroad spikes, leg off a pot bellied stove, old tractor wheel and a very heavy "O" ring destined to become yard art. 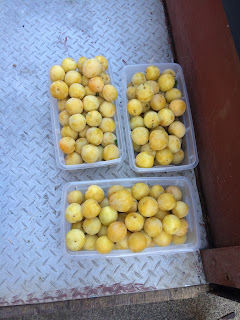 The only gold brought back were golden plums
Posted by Doc at 10:59 AM 16 comments: