A while back MeMa and I took over ownership of the family cabin. My father was having a tough time returning to it after my mother passed, it was their happy place. Back in the early 80's they purchased the trailer and had the cabin built on the side of it. MeMa and I have so many fond memories of family vacations and weekend getaways. Since my mother passed we have been taking care of the cabin making it available to other family members but doing all of the upkeep ourselves. when my father decided he was going to sell the property, we decided we just could not bare to let it go. So after paying the fees, taxes and other expenses the title is now ours and the cabin will remain in the family. December we winterized and locked the doors.
We have been having some wonderful weather this week in Portland, average daytime temperature in the upper 60's. Today it warmed to 69 degrees. Last weekend as members we had to go and vote for different ballot measures that could increase the annual expenses of members of the gated community. This activity took place in a nearby town which is at a lower elevation than the cabin.
The plan for the day was to leave Portland early so that we could drive up to the cabin and check it out and then drive back down off the mountain to the voting station. 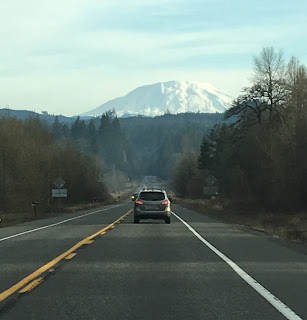 The drive was beautiful, Mount St. Helen's was stunning under her blanket of snow. Outside temperature was much to warm for there to be snow on any roadway. 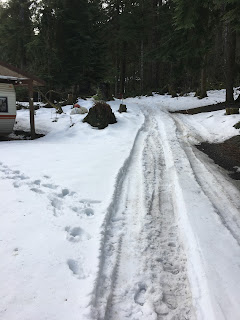 Once we drove through the gate we could see snow in the forest but roads were clear. Unfortunately as we drove deeper into the forest this is what greeted us. I was able to park under a heavy canopy of old trees that prevented snowfall under them, but we had to walk through heavy snow to reach our cabin. Everything was just as we had left it in December. 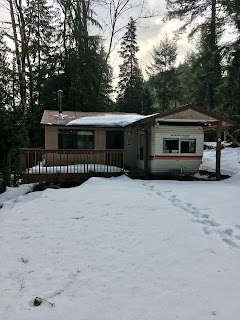 While we stood on the roadway the sun was out so it shouldn't take long before the snow will melt away. I was relieved to see there was no winter damage to clean up. 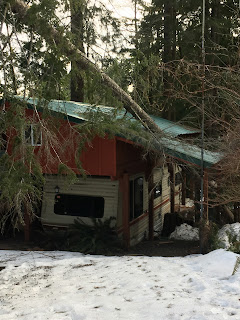 Unlike our neighbor to the north of our cabin who had a large tree blow over and rip a portion of their roof off. 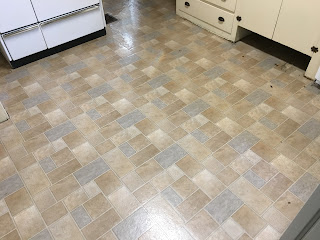 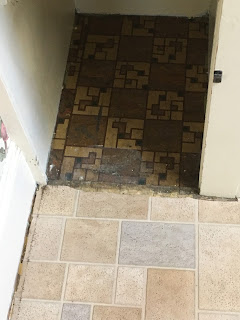 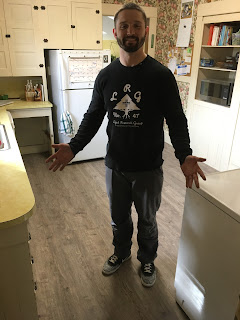 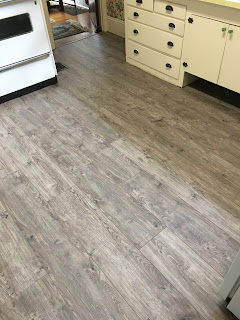 I loaded my "imported Italian tile" into the trailer and donated it to Habitat for Humanity, they were thrilled to receive it.
Posted by Doc at 10:58 PM 8 comments:

Doing My Part To Save The Human Race

“Without them the human race would not survive”. That was the mantra of the bee keeping class I attended a couple of years ago. I was all set to get a nice bar hive and get busy doing my part to save the human race. That was the same time the big "C" word crept its ugly head into my life, surgery and then the waiting game forced me to make decisions about my busy life. I had no doubt that I would survive but it still makes one rethink their priorities. I have my work cut out for me in the gardens and and the maintenance of Menagerie Manor itself. At 102 the old girl has to be watched for bits and pieces that might sag with age. So with all that the idea of raising honey bees was pushed aside. Also our local government requires permits and the hive cannot interfere with the safety of neighbors. As much as I enjoy raising the fur on the "Crazy Cat Lady" I just don't need those battles this late in my life.
Then just the other afternoon while doing some unnecessary shopping at Costco I stumbled on this little gem, it is a Mason bee box. Mason bees are not hive builders and no honey harvesting involved. They lay their eggs in tubes and then pack the end with mud. The larva hibernate till spring and then the tiny new bees emerge and are off to pollinate. 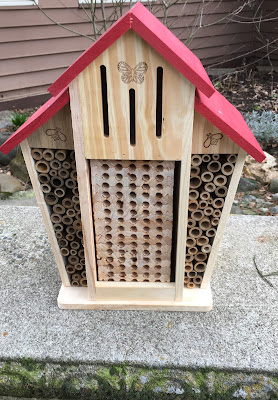 There are many different Mason Bee boxes available, but this one is the largest and most inexpensive one that I have seen, and anyone can have one no matter the size of garden. Mason bees are harmless little bees that can be handled without being stung.
Posted by Doc at 10:54 PM 2 comments:

It has been the better part of two years that I have not been able to use blogger consistently. I could not make comments on blogs that I followed. Once in a while I would get a free pass and be able to comment for a short while, then the blogger devil would catch up and shut down my privileges. 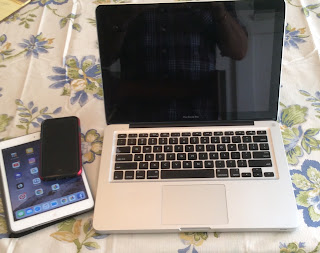 Before retiring when I had a tech problem I just called the help center and within 15 minutes the problem went away. Here at Menagerie Manor we only have Apple  products and no help center. We have two ancient desk top computers, a laptop Pro, two iPads and our iPhones.  When I had tried everything to personally get Blogger to work to no avail I took my queries to the Apple folks but still the problems persisted. When I am constantly defeated like this I basically ignore them and move on to some other project. MeMa makes it a policy to never ignore the elephant in the room. The other night we were sitting by the fire talking and I mentioned my blog and told her that I missed it and wished I could get it to work. She said that she wondered why I had not been posting anything. The next morning we went to our local computer store and told them we had a house full of Apple computers that could no longer be updated and that our printer had given up as well. Several hours later we returned home with a new printer and a new MacBook Air. We left the establishment with the assurance that even novices as ourselves could get these up and running in a jif. I didn't know that MeMa knew all those swear words and that's when we called the Geeks. 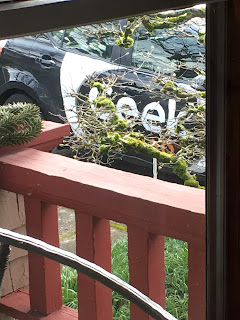 One hour and my blog is working, the printer works from laptop to iPad to iPhone. MeMa had a full page of problems and queries that were all addressed.
Thank you Geek Squad.
Posted by Doc at 10:01 AM 9 comments:

Today we had more snow and then rain and then more snow. We are supposed to get more snow tomorrow but the temperatures have been fluctuating so much I believe the snow will disappear quickly. Yard work has been kept to the minimum, in fact today’s foray into the garden was to fill the bird feeders. I keep hummingbird feeders on the front porch so they can feed without being distracted by the seed eaters. 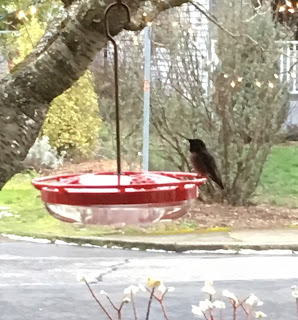 I intended on getting a photo of the seed eaters gorging happily in the back gardens. But the “Crazy Cat Lady” has stopped feeding the squirrels, so they came into our garden and knocked my feeders to the ground. So I took a few photos of what blooms even with the snow. 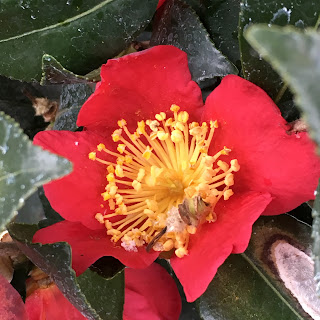 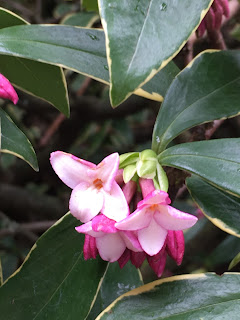 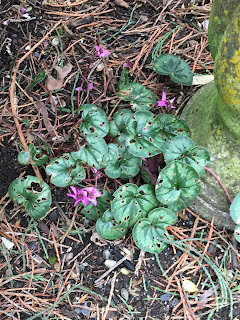