MeMa enrolled our two youngest granddaughters in gymnastics, they love it. I usually stay home and prepare their evening supper. They come home starving and willing to eat just about anything. Occasionally I come along, usually suffering a certain amount of teasing from six year old Lucy. 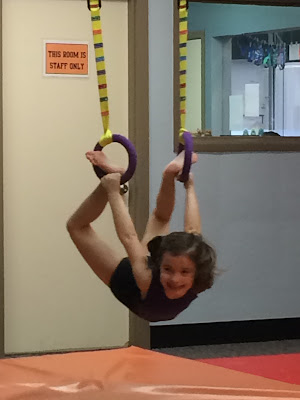 Lucy - Hey Poppi, can you do this?

I have posted many times about our Sophie, Little Nazi and a few other names that we won’t mention.
Ten years ago a co-worker called and asked if we could find a home for his late mother’s companion dog. She had been passed from family member to family member and the next stop would be the local dog shelter. She was a five year old wired haired dachshund and very stubborn. When he brought her over MeMa took one look at the poor confused dog and said “Leave her here, this will be her forever home.” 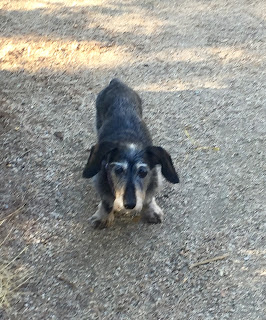 She had one flaw and that was a hatred for cats. Unfortunately we had Max. Max considered himself the official greater to all the rescues that came into our home. MeMa had the situation under control, she filled a soda can with pea gravel enough to make a lot of noise. Max was sitting in the kitchen enjoying a spot of sunshine completely unaware of impending doom. Sophie caught sight of Max and started a stealth attack. Just as she came in for the plunge MeMa tossed the can directly behind Sophie. The can bounced creating a horrific noise sending a frightened Sophie into a panicked but unscathed run for cover. Max leaped straight up in the air. When we retrieved the can, both cat and dog returned. Max sat in his sunshine again as if nothing happened and Sophie came up and licked him in the face as if they had known each other all along. From that point on there was no need for intervention and they often shared the same spot for sleeping. 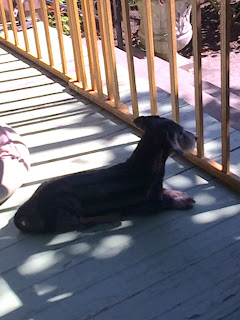 Every summer evening she joined us on the front porch for cocktails and to keep an eye on her neighborhood. 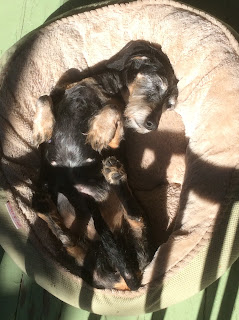 At age fifteen, with arthritis and completely deaf she spent most of her time sleeping in one of her many pillow baskets 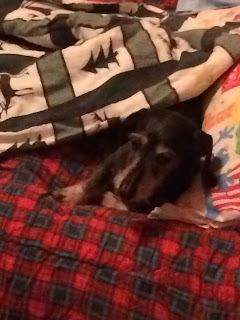 She was now the lone animal in this big old house as all others had gone over the Rainbow Bridge. But she still had our grandchildren who often spend the night. She would silently join in with the excitement of a “sleepover at MeMa and Poppi’s house.” 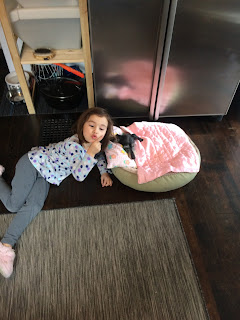 Lucy was her favorite and loved the extra attention Lucy would lavish on her. 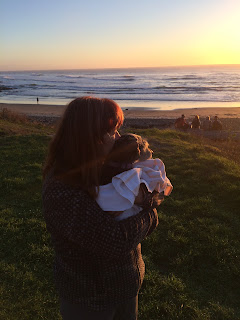 MeMa holding Sophie on her last trip to the beach. 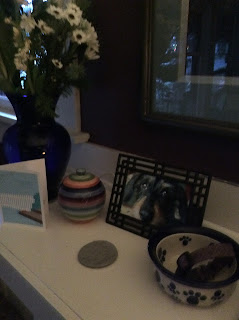 Alas, their lives are so much shorter than ours. We take care of their needs and in return for this we are blessed with unmeasurable love and devotion.

Prior to this snowfall I had been warning fellow gardeners in our area not to get caught up in our beautiful early spring weather. “We have had snow in the past as late as March.”
One plant that I remember most from my life in England is the wild primrose “Oxlip” that grew everywhere in the fields near our village. I have had rotten luck getting them to survive here but have a small healthy clump that is on its second spring. Heeding ones own advice I plopped a water bottle over the clump. I removed the bottom of several these heavy plastic bottles which make a great cloche. 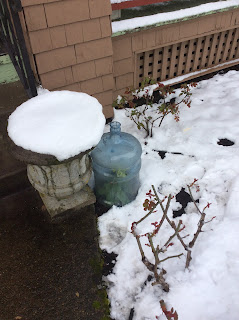 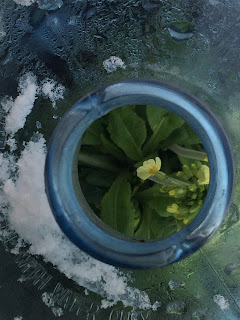 What do we have here? 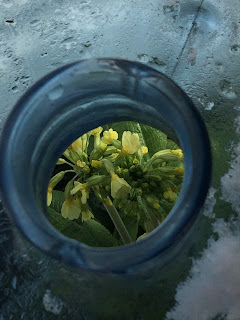 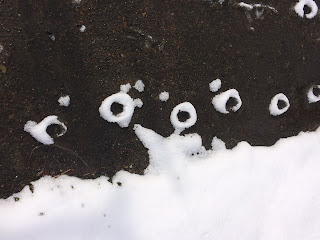 They are about the size of a delicious powdered doughnut 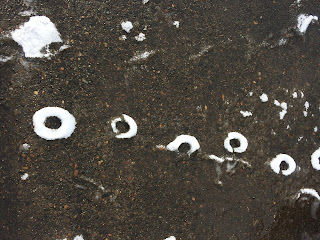 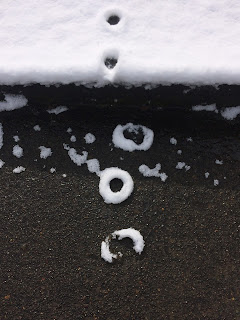 Turns out they are just the bits of prints left from the “Crazy Cat Ladies “ demond cat walking in fresh snow.

It Would Seem Winter Has Not Finished With Us 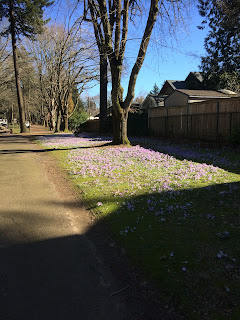 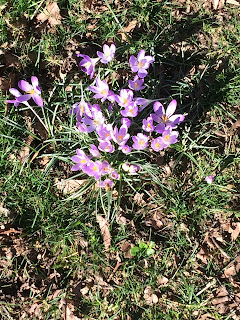 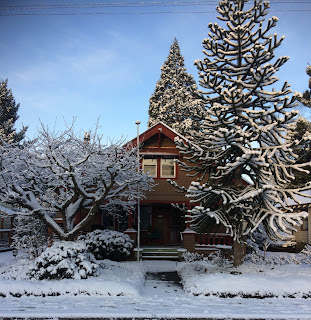 This is what we woke up to 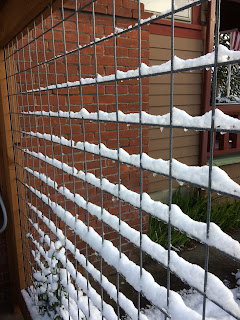 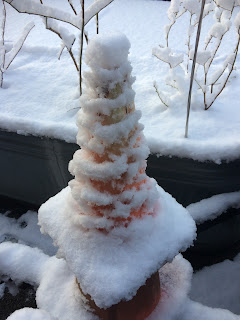 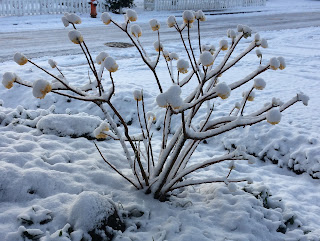