Looking forward to a peaceful 4th of July. 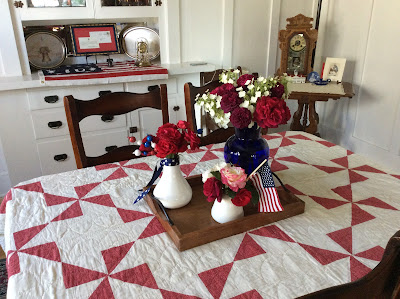 Madame Caroline Testout or The Rose That Made Portland Famous

Prior to the 1905 exposition Portland city leaders asked all residents to plant roses in their front gardens in hopes of being branded the “Rose City.” 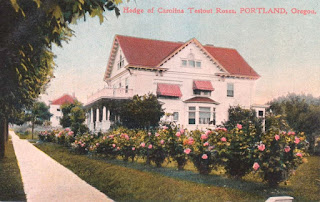 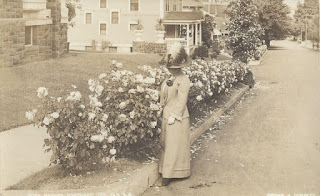 The Madame Caroline Testout rose was introduced to the U.S. in 1892 and the city of Portland imported thousands that were delivered door to door by the Portland Rose Society members in 1902.
The plan worked and Portland became the Rose City. Historians claim that almost a quarter of the city streets were outfitted with rose hedges. A few still exist in the older neighborhoods. Recently the garden section of our newspaper listed locations to see the roses, one of those was in a nearby historical graveyard. 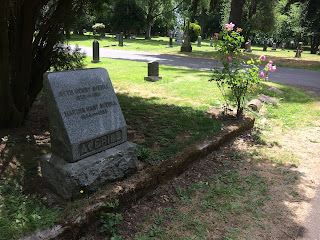 It is amazingly quiet in the graveyard during a late morning on a weekday, only retired folks are out and about. 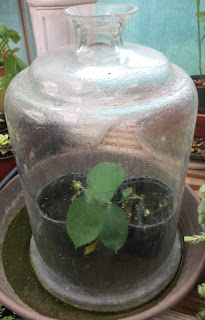 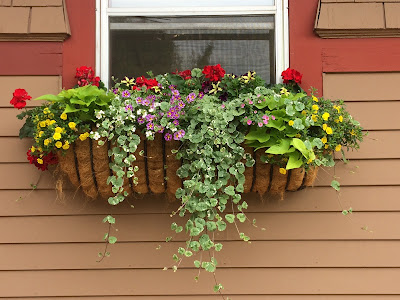 We have been doing a bit of traveling, mostly one or two days at a time. But I have also been spending all my free time in the gardens.
Pruning season is in full swing here.  I start up with the trees and work down. At this time I am still up. Two done, twelve to go. I have sworn off planting any more trees!