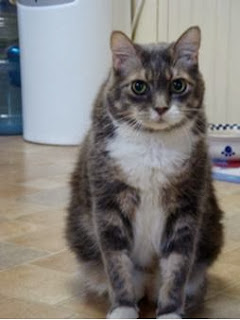 There was a period in our eldest son Nathan's life when one could best describe him as nomadic.  He was following his current dream of drummer in the band.  So he would come into town with all his worldly possessions including Maxwell Smart, landing with a bit of a plop back in his old room at the top of the stairs.  As soon as his travelling box was opened, Max would flop down on the sunroom floor in an exaggerated stretch and almost immediately start that motor boat purr.  Then it would be time for Nathan to move out again and Max would fuss and growl as he was being shoved back into his travel box.  His beautiful green eyes would turn to black holes of pure anger.  After about the third exodus, we asked Nathan if Max could just forgo the move and stay here at Menagerie Manor.  When he said yes, we were thrilled, Max was thrilled and Nathan was relieved.  I think because he didn't have to manhandle Max into the box and listen to him growl on his way to his new apartment in Eugene.
In the years to follow there was a constant parade of new creatures coming and going and Max would greet them all with his patience and charm.
﻿

There were many times when he would have to retreat to higher ground, but he never showed aggression even when his girth and strength was superior. 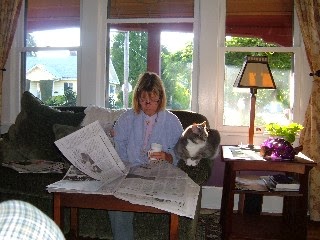 Max loved his home and it truly was his home, he would join us in every room and make himself comfortable even if it meant his person would have to hold her morning coffee while turning pages of her much loved morning newspaper. 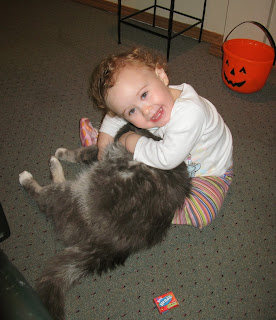 His high level of patience and charm extended to the next generation ~ "The Little Terrorists". Never pulling away when hugged so fiercely by little arms that meant only love. 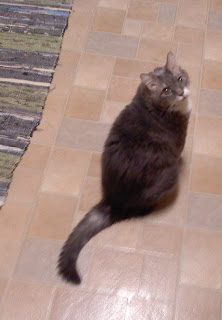 With heavy hearts we say goodbye to Maxwell Smart the Governor of Menagerie Manor.
Posted by Doc at 8:35 PM 4 comments:

The Little Terrorists are growing up and like other things, Halloween is taking on some new priorities.  In years past the parents would pick out costumes and the Little Terrorists would be tossed into them usually at the last minute and join in on the neighborhood festivities without a lot of hoopla about makeup or what they looked like as long as the outcome was lots of fun and of course candy.  This year plans and costumes were given a great deal of thought by the children....... and the adults.  Once they were in costume then there was the make-up that transformed them all into creatures of the night. 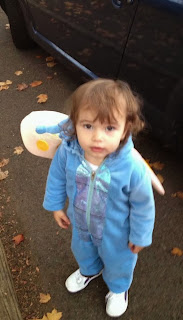 Then from out of the blue sky floated a sweet little blue butterfly with lopsided wings...... 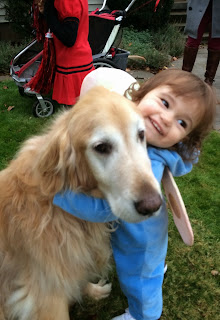 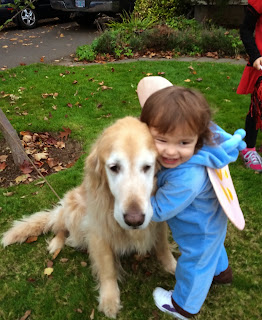 The fifth annual 62nd Avenue Giant Pumpkin Parade went well, minus the pumpkin this year. We had a very good neighbor turn-out
.

Then it was back home for the traditional meal of MeMa's clam chowder and homemade bread before turning the "Little Terrorists" loose on the neighborhood. 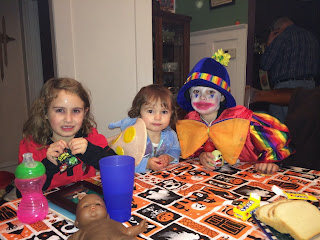 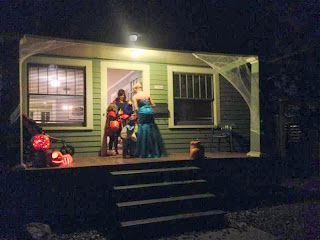 And before long she was leaving everyone in  the dust including MeMa, as she raced from house to house. 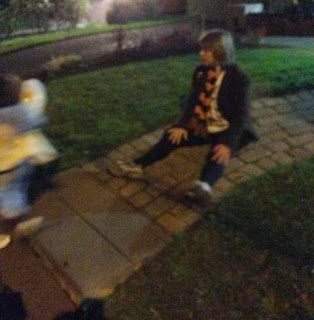 But you know the best thing of all for us grandparents is after a night of sugar highs...... 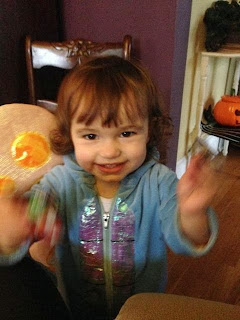 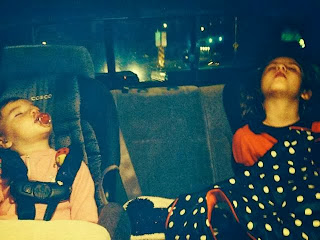 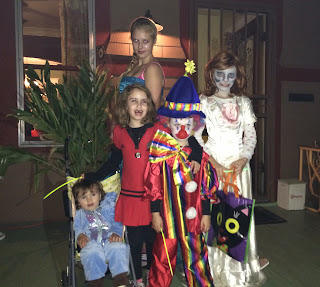 I hope everyone had as safe and fun filled Halloween night as the "Little Terrorists".  BOO!!!