Back From Sin City 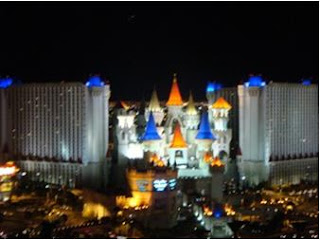 Hi everyone!  It is fun to get away but it is also good coming home as well.  Mema and I enjoyed Las Vegas very much.  We went there because the daughter of our good friends got married last Saturday at the MGM Grand Hotel, the ceremony took place on the 23rd floor in one of the party suite out on a lovely balcony that could hold many more guests then attended. 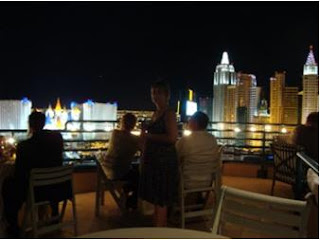 After the ceremony, the lovely Mema enjoying the view
But the rest of the week Mema and I went traipsing all over every inch of the City.  We took in the Cirque du Soleil Beatles "Love" show which I would recommend to everyone going to Vegas.  It was beyond fabulous and we had fantastic seats and managed to snag half price tickets. 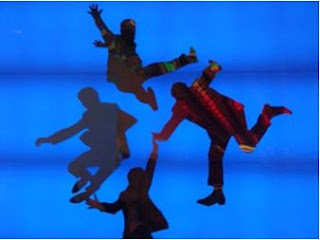 There are many free things to do but you have to put a little effort in to do them.  We are not gamblers but did play some slots and came out ahead so no loss there.  The weather was excellent at 103 degrees, but that is a dry heat so very tolerable.  We stayed at a friend's lovely condo just a block off the strip. 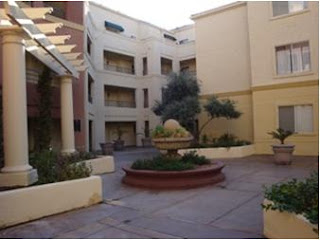 Courtyard outside our door 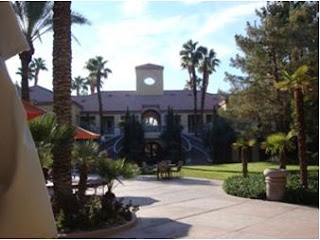 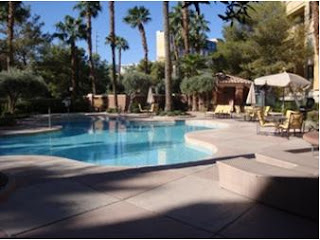 The pool we had for ourselves most of the time
On our arrival back at the Manor I walked into a bit of a mess that had to be taken care of right away.  The filtering system on our large koi pond had shut down and the bacteria level was at the death stage.  We have some very old and large koi that were all hanging at the surface gasping for oxygen and covered in open sores and fungus.  I first got the filtering system running again and then salted the water and ran tests until I had reached a good level then I ran a large four inch pipe from one end of the pond across the bridge and into the other end of the pond, plopped a large sump pump into the pond and ran a hose from that and into the pipe.  This pump shoots water out like a fire hydrant and created a super oxygenated flow of water into the pond. By the late evening all the fish were swimming madly around the pond and even accepted a little food. I still have the sump hooked up because this morning when I checked on them they were actually playing in the current created by the water flow from the sump pump. They would swim as hard as they could into the current then relax and let it push them back while another would swim madly into the current and do it all over again.  It worries me that if we had been even one more day away that I would have lost many of my oldest and dearest friends.  I have raised all of them from three inch young, many of them between 18 to 24 inches in length and as old as 23 years.  Everything else was fine, my orchid collection out in the greenhouse were all watered and happy.  The budgies out in the aviary screeched and clung to the front screen in greeting, and the dogs nearly peed themselves in excitement. 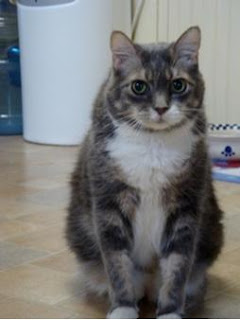