Have I mentioned that I love my wife? After 36 years of marriage she is not only still my wife but she is also my best friend, so that combination pretty much seals the deal when it comes to not questioning the thought process of some of the situations she puts me in. When a mood changes or an idea strikes, we just join ranks and get the deed done. Have I also mentioned that my wife is very superstitious? Yesterday morning she was rushing around getting ready to start her day, cries of woe emanated from her bathroom. The worst of the worst just happened she broke a mirror. 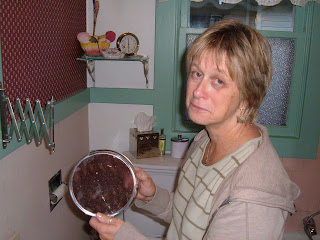 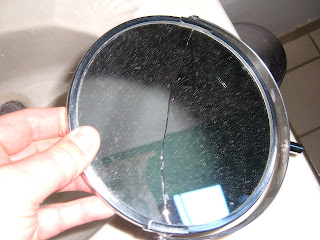 Not only is that seven years bad luck but the darn thing fell from the wall, that meant someone we know was going to die! " We have to stop this". My first instinct was to just simply take the mirror and toss it into the trash, give her a big hug and tell her it is just a silly superstition. When it comes to Mema there are times when I have to go with my second or third instinct ....if I don't want to become the death in the family. So what did we do........


Nut cases? Or Superheroes fighting evil before it happens, hmmmm?
Posted by Doc at 7:22 PM