From The Garden History Book 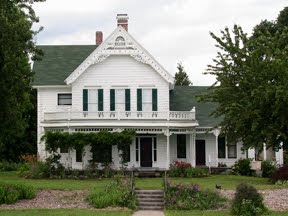 For years I had driven by the Old Zimmerman Farm House and thought about the family that built it and the one remaining daughter that at the time still lived there. Isobel Faith Zimmerman graduated from the University of Oregon and went on to teach math and science at Franklin High School just a couple of blocks away from our home Menagerie Manor. She remained in her family home until her death in 1992 at the age of 93. The stately 1874 turn-of-the-century Farm house was built by Isobel's Grandfather Jacob Zimmerman who ran the family Dairy business on the land. Then in 1881 Isobel's father George took over the business. Isobel the youngest of four daughters was born in 1899, she never married. Isobel was very concerned in preserving all family history and was a charter member of the local Historical Society. The house and contents were willed to the Society for the purpose of preserving the house, its comprehensive collection of artifacts, its gardens and grounds.
One rainy afternoon in 2003 Mema and I decided to drop in and tour the house now open to the public. The house was filled with period furniture and artifacts, some rooms could only be viewed from the doorway as they were literally crammed floor to ceiling with items yet to be catalogued. After a nice tour of the interior we went outdoors to the back garden which was still under work, up next to the back terrace was a large Lace cap Hydrangea. And of course since we were the only visitors out on the grounds I took a couple of very small cuttings of which only one rooted. I took this picture of it just now in bloom this morning. 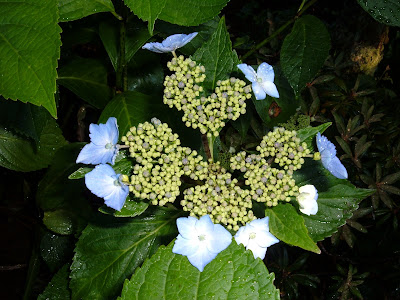 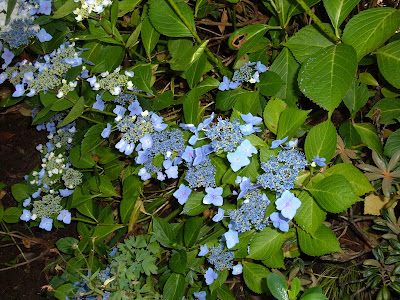 And here are a few of the other Hydrangeas in the gardens. 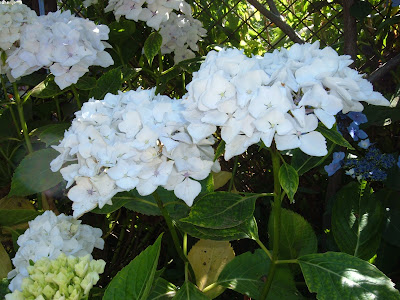 This is a beautiful white Mop Head which I have not a clue of its name as the tag was removed when it was given to me as a gift for my passed years of being the Cub Scout Master for the local Chapter back in the early 1980's. 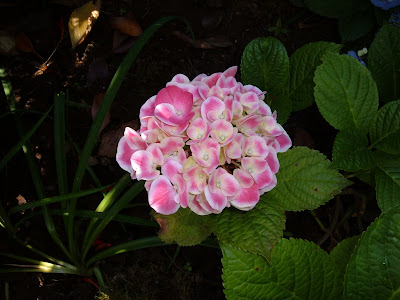 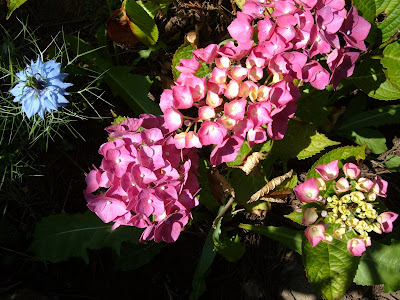 "Pia" (planted 7/26/2006) This Mop Head is a dwarf variety that stays pink under most conditions. 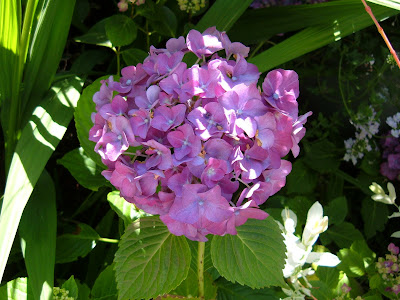