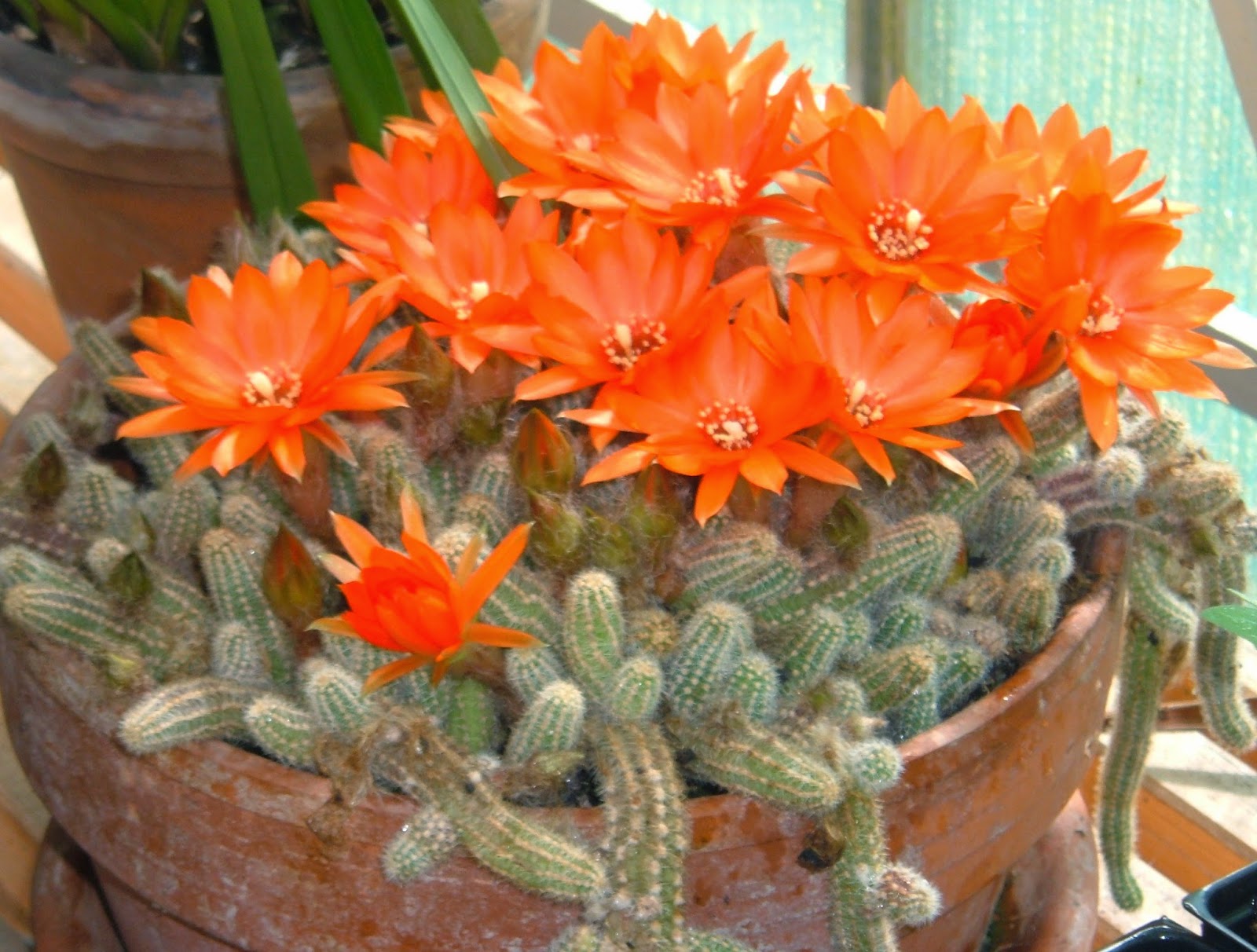 Brought this little gem in from the greenhouse so that we could enjoy its flaming orange flowers.
Commonly known as the peanut cactus.
Botanically known as Chamaecereus silvestrii.
Locally known as Carol's plant.
There was a brief few years in MeMa's life that she grew up with, played with and then prayed for her shirt-tail cousin Carol Minzey/Rohl.  Carol spent much of her short life in and out of the hospital because of an ailing heart.  Carol met and married Tom, bought a small home on the river only to have to leave it for the hereafter.  Carol never made it through the surgery that may have saved her life, but life does that to the young and old.
Thanks Carol, I will keep it safe.
﻿
Posted by Doc at 9:52 PM