In the days when my vision was good one of my favorite hobbies was fishing, not deep sea, but bank fishing.  Some folks see that as lazy fishing, I see it as the only way to fish.  A good friend of mine and co-worker would agree.  Nghia is from Viet Nam and at that time spoke broken English. Having had an international upbringing I understood broken English so we hit it off from the start.  One afternoon Nghia called and asked if he could stop by the house.  He had been out fishing with his elderly father at a nearby lake and had something for me.  Upon his arrival he carried a plastic five gallon bucket, which could only mean fish.  I looked inside to find six, one inch baby catfish swimming madly about.  His father was standing in knee deep water when he spotted a black cloud moving toward him in the water so he grabbed his bucket and dipped it into the water catching the hatchlings. 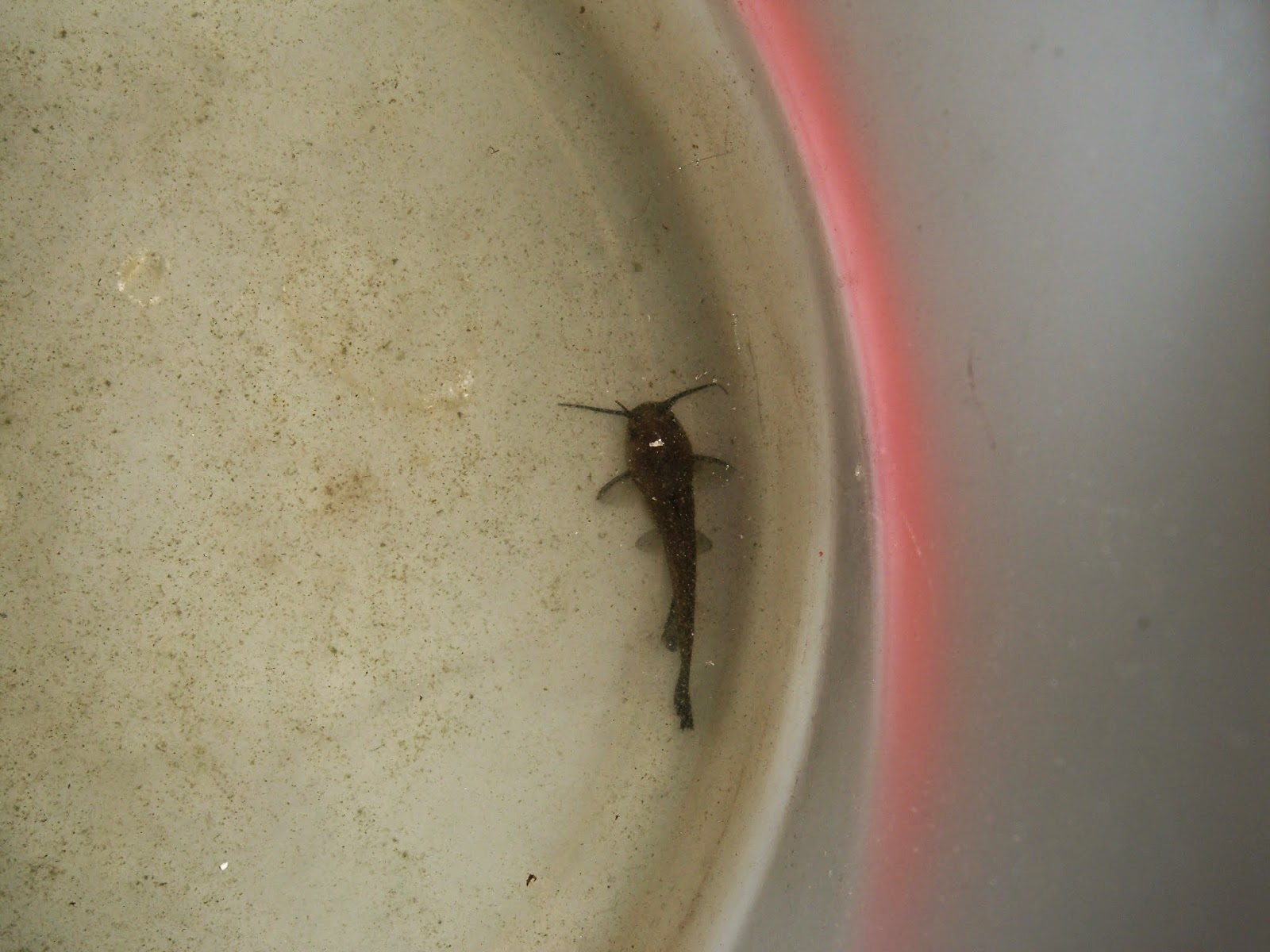 I picked out one of the hatchlings, dipped it in a strong salt bath to kill off any parasites and then dumped it into my koi pond.  She was aptly named Medusa for her head of barbs looked like the snakes that covered the head of the Greek mythological monster.  After a couple of months passed I was surprised to see Medusa up at the surface scrambling for food pellets when I stood feeding the koi.  She had grown a little in length and seemed not to be bothered by the huge koi as they shoved each other trying to get most of the pellets as they hit the water.  That was May 24, 1996. Koi reach the average age of 50 to 75 years in captivity.  Bullhead catfish according to Wikapedia can live up to eight years and depending on the species reach 25 inches in length.
Yesterday was the third day that Medusa had not surfaced at feeding time.  When I arrived home from work I let the dogs out and grabbed the feed container.  As I approached the pond Medusa was floating on her side at the surface quite dead.  I had to get her out of the water before bacteria infected the koi environment.  She was too large and heavy for any of my nets so I had to use a gaff hook to pull her from the pond.
I ran back into the house and brought out the bathroom scale, camera and tape measure.  So Wikapedia needs to update because Medusa at the time of death was 32 inches in length, 15 pounds and was 18 years old.  She had paled considerably as her normal healthy color was black.
I dug a large deep trench in the back garden and gently laid her to rest.
﻿
Posted by Doc at 7:13 PM