After no rain since June the heavens have opened up for the day. A much needed relief as so much of Oregon and Washington have been devastated by fire. The rain did hold off enough for an afternoon trip to Clatskanie, MeMa's home town. From 1951 to 1971 MeMa's parents owned and operated the "Avalon Theatre" and in a town with only one traffic light that was pretty much the hot spot of the town. One could take a break between movies and go have a bite at Humps Restaurant which is still in operation today. 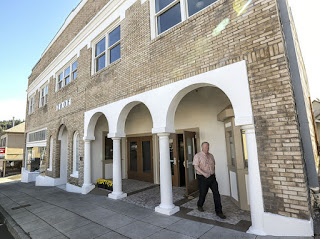 A few years ago the City purchased the old building and turned it into the Clatskanie Cultural Center and reopened the old theater as the Birkenfeld Theater........ when big money is donated that is who you name it after. As a thank you for folks that donated they held a special opening night event. 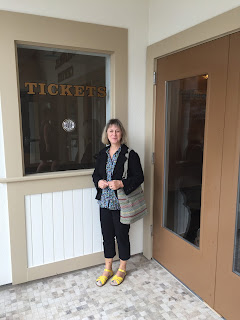 As a young girl MeMa spent many nights working in the ticket booth or selling candy and popcorn. 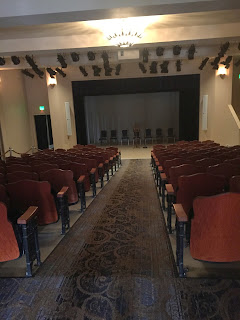 Her mother Lela used to patrol the seats with her flashlight in hand and any trouble maker would receive a bonk on the back of the head. 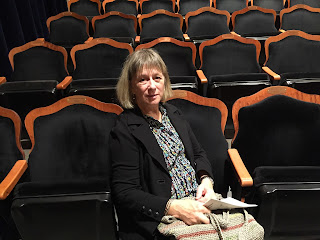 MeMa sitting in her seat


Along with the theatre the upstairs houses City Hall, judges chambers and the old ballroom has been completely renovated with a kitchen and bathrooms added for local events. 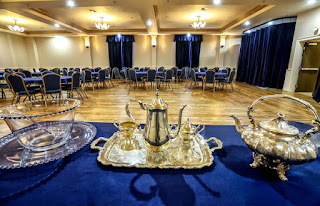