I absolutely love my grandchildren. They all know that when they ask a favor of their Poppi, they will get one of two answers. Yes, I would love to or absolutely not. One thing I have never....ever done is said yes to a school field trip. At the risk of sounding rather chauvinistic, that is something MeMa does. However when ten year old Taeya told her mother that her next field trip was to a bird sanctuary she neglected to pass all this knowledge on to her poor misinformed mother. When I received the text from my daughter-in-law I didn’t want to embarrass the poor thing so was forced to say, “I would love to.” 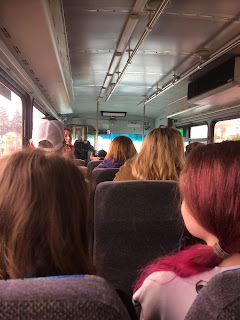 Have you ever noticed how much oxygen 30 some children suck out of a large bus? Well I am here to tell you those little devils had no idea that this old gardener was suffering. The bus trip lasted about fifteen minutes. Smith and Bybee Wetlands is a hidden gem completely hidden within an industrial park. The excited students were met by a group of volunteers from the Audubon Society that broke us into smaller groups. 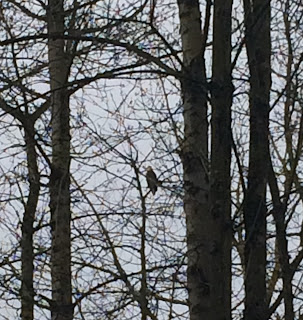 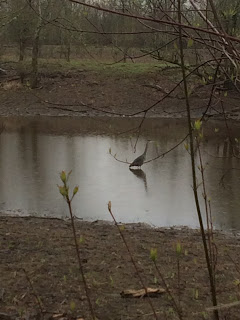 We saw several Greater Blue Herons like this one hunting frogs. 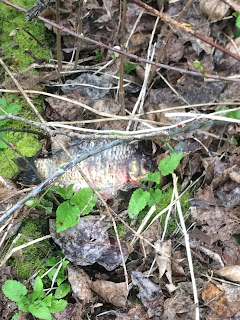 Dead fish in the woods, no water in sight.
An Osprey’s intended meal that got away, unfortunately both hunter and prey suffered. One left without a meal and the other without water to swim away in. 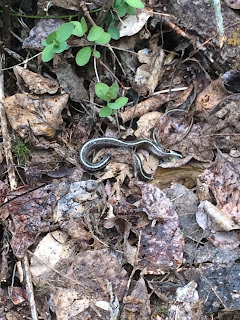 The children were very excited when they spotted this young garter snake. 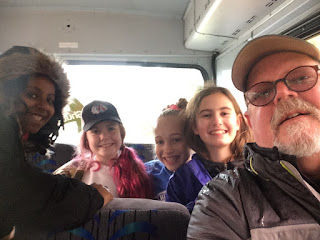 When this old gardener finally made it back to the student filled bus I was quite surprised to hear my granddaughter Taeya’s (fourth smile from left) voice, along with three of her friends all yelling “Poppi we saved you a seat back here with us.”