Sometimes getting grandchildren together from two households is like herding kittens. So when all else fails chase them up a tree and grab ‘em quick. It’s spring break for this lot and we managed to grab three out of five to spend two days with Poppi and MeMa. 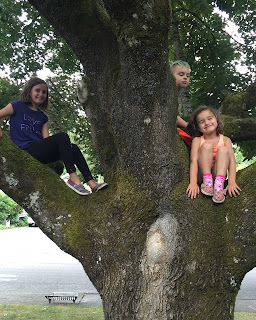 The noise level alone is amazing, when it’s just the two of us the ticking of our thirty some clocks is almost deafening. But when the grandkids are here we don’t hear a one. Supper was late so that made the big bowls of ice cream even later and bed time........well what happens at MeMa and Poppi’s house, stays at MeMa and Poppi’s house. The next morning for breakfast it was fresh baked cinnamon rolls while we watched the movie  Jumanji Back To The Jungle. After the movie and a whole bunch of giggling and goofing around we loaded everyone into the car and headed to a local pet shop that specializes in reptiles. Our two box turtles Ruby and Elmo were in  need of a nail trim 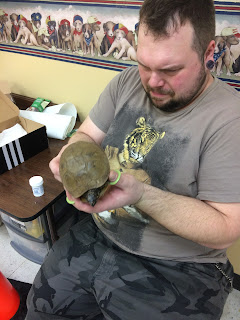 I used to do this task myself but shy away from it now because of Ruby’s great age (100+) , Elmo is very bad tempered and will bite the hand that feeds him. The manager was very impressed in their overall health, strength and alertness for such seniors. Just as he finished with Ruby, granddaughter Taeya came up to us and frantically told us that one of the shops resident tortoises  was upside down in its enclosure. The manager asked her if he unlocked the door would she mind rescuing it as the ceiling is only four feet high. My granddaughter since birth has spent a lot of that time at Menagerie Manor so she has been introduced to every sort of creature imaginable. I think she handled the rescue like a pro and the manager was very impressed. As she uprighted the poor flailing tortoise he let out a very human sounding sigh of relief that made Taeya giggle. 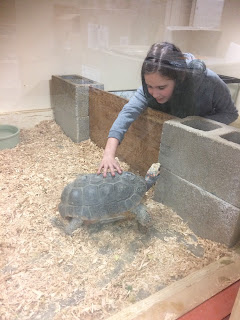 The now recovered tortoise took an immediate likening to his rescuer, it was as though he wanted to thank her. 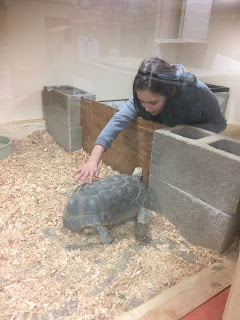 After dropping Ruby and Elmo off at the house we headed to gymnastics lessons. 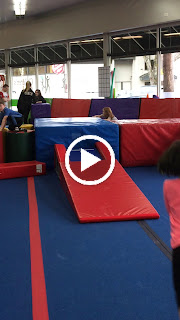 Then back home where Lucy immediately let us know how the rest of the day was going for all of us. 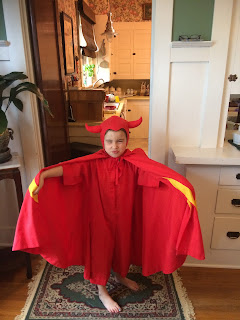