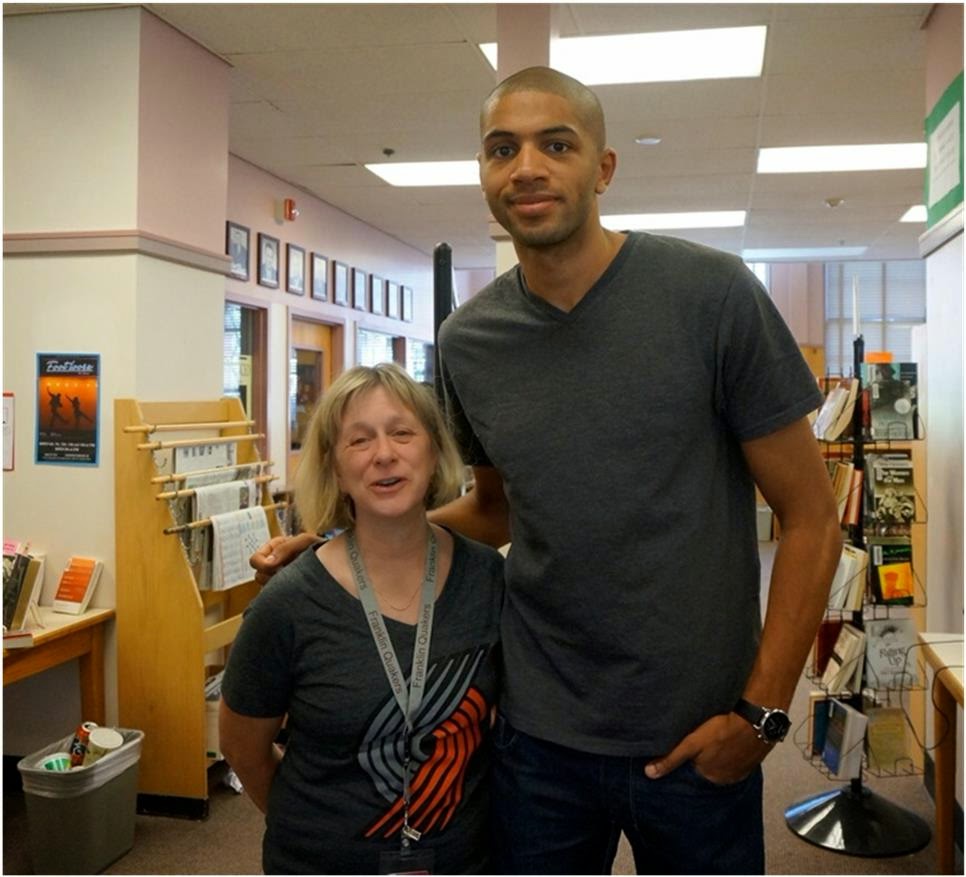 I believe in most American households the sports fan of the family are usually male, but in our household it is the lovely MeMa.  She never misses  a game and if she can't watch it on the television then she will listen on the radio.  Our youngest son Ian is an ardent fan as well and the two will text back and forth when excitement is at a peak.  Vivian my Volvo, sports a very large decal of the Blazer Team logo that Ian created while employed at a local sign shop.  I have actually been stopped and asked by folks who had been driving behind me, where they could get a matching decal.
Nicolas Batum has been with the Blazers NBA Basketball Team since 2008.  Born in Lisieux France, he has had an impressive career starting in Le Mans in 2006 before the Portland Trail Blazers acquired him.
You can imagine MeMa's surprise when the French Teacher at Franklin High School mentioned that the  Batum assembly would be held in the school library.  MeMa rushed out and purchased a new Blazer sports shirt just for the occasion.  After Batum was finished speaking the attending students where allowed to ask questions, but only in French.
Posted by Doc at 8:55 PM