As the rain came down in buckets I watched two large trucks arrive from the safety of the open
garage. One truck and trailer parked on the far side of the street in front of two of my neighbors houses and the crew offloaded a tractor which rumbled into the driveway and stopped in front of me. 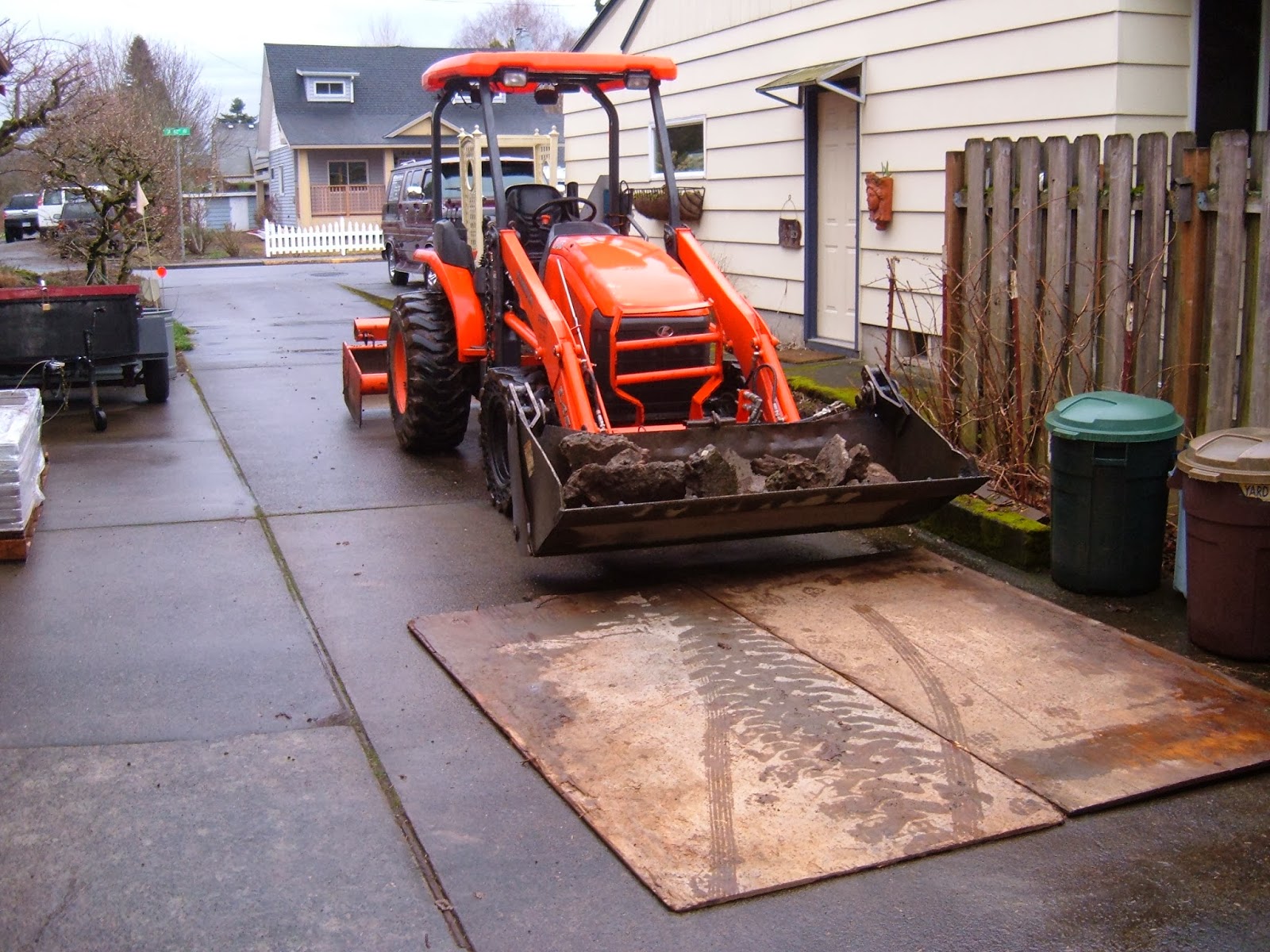 Crew members pulled tools out of the scoop and set about loading the scoop full of broken concrete that was part of a retaining wall that was cleared away from the area that the new patio is going.
After clearing debris the tractor was removed and the second truck drove into the drive. 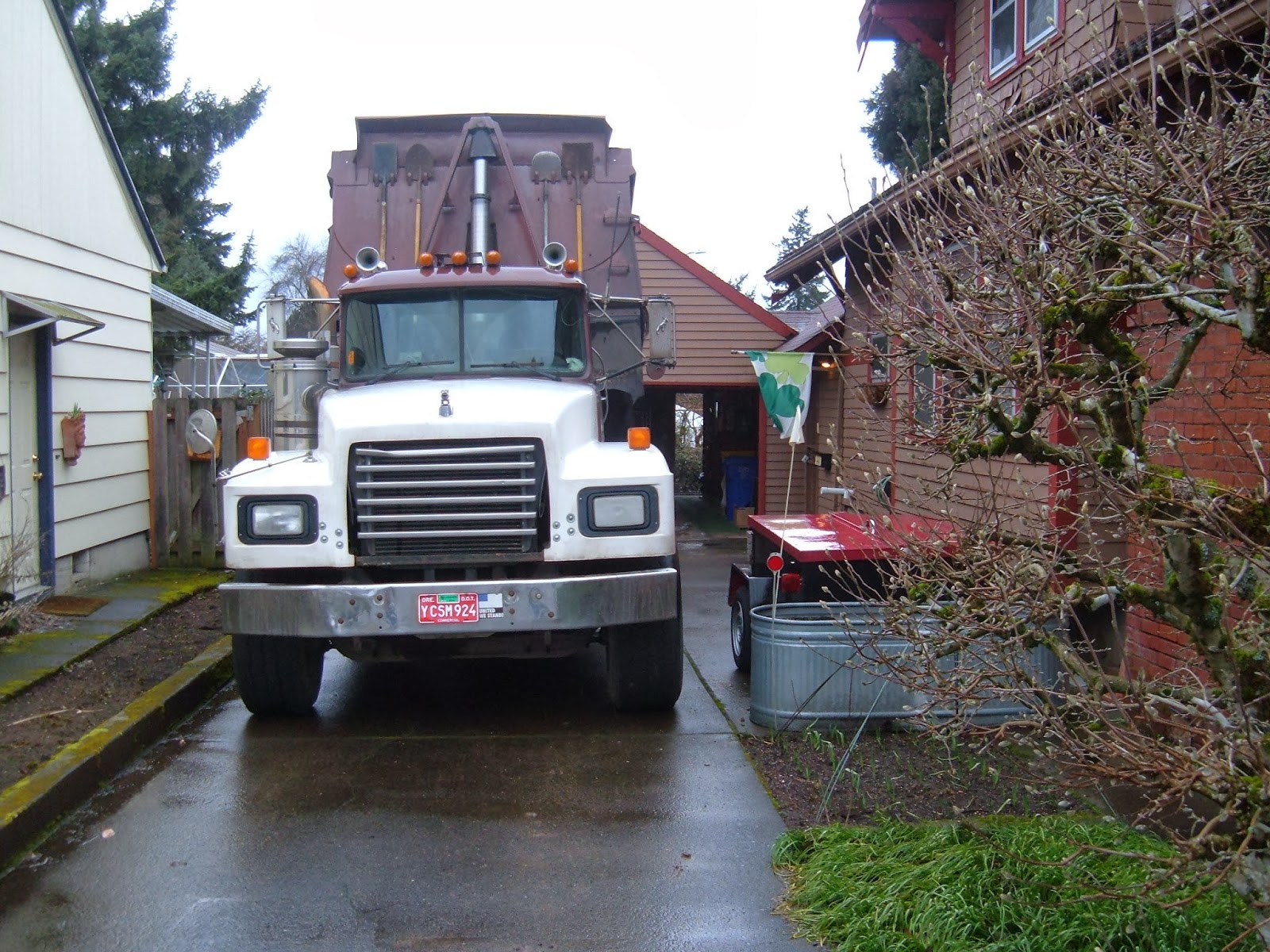 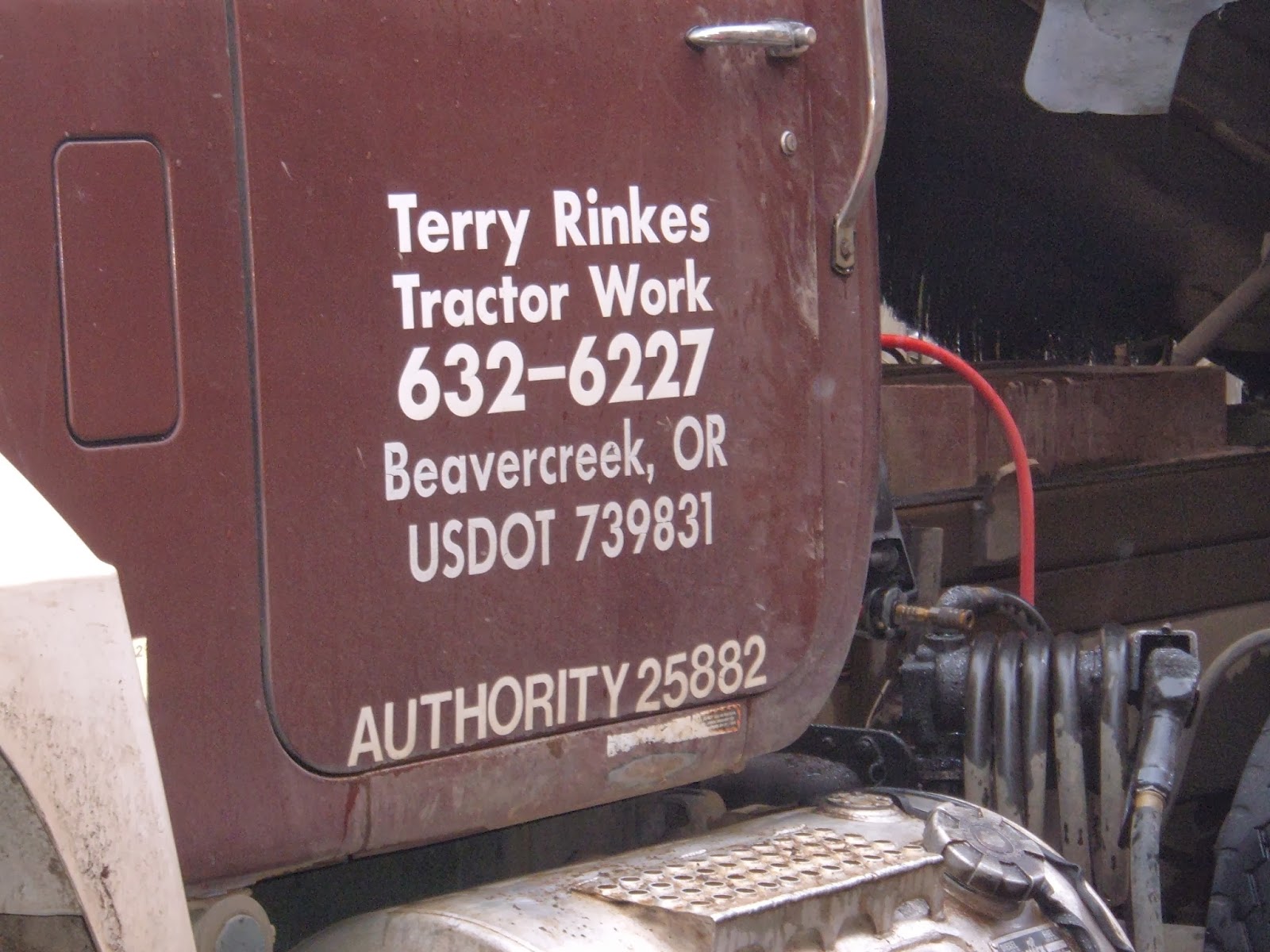 Despite the miserable weather everything went like clock work. A tripod thingy was set up next and turns out it is a laser level that chirped like a bird as it scanned the terrain, if it was silent they said either the area being scanned was not level yet or I was standing in the way.......oh pardon me I'll just go stand over there. 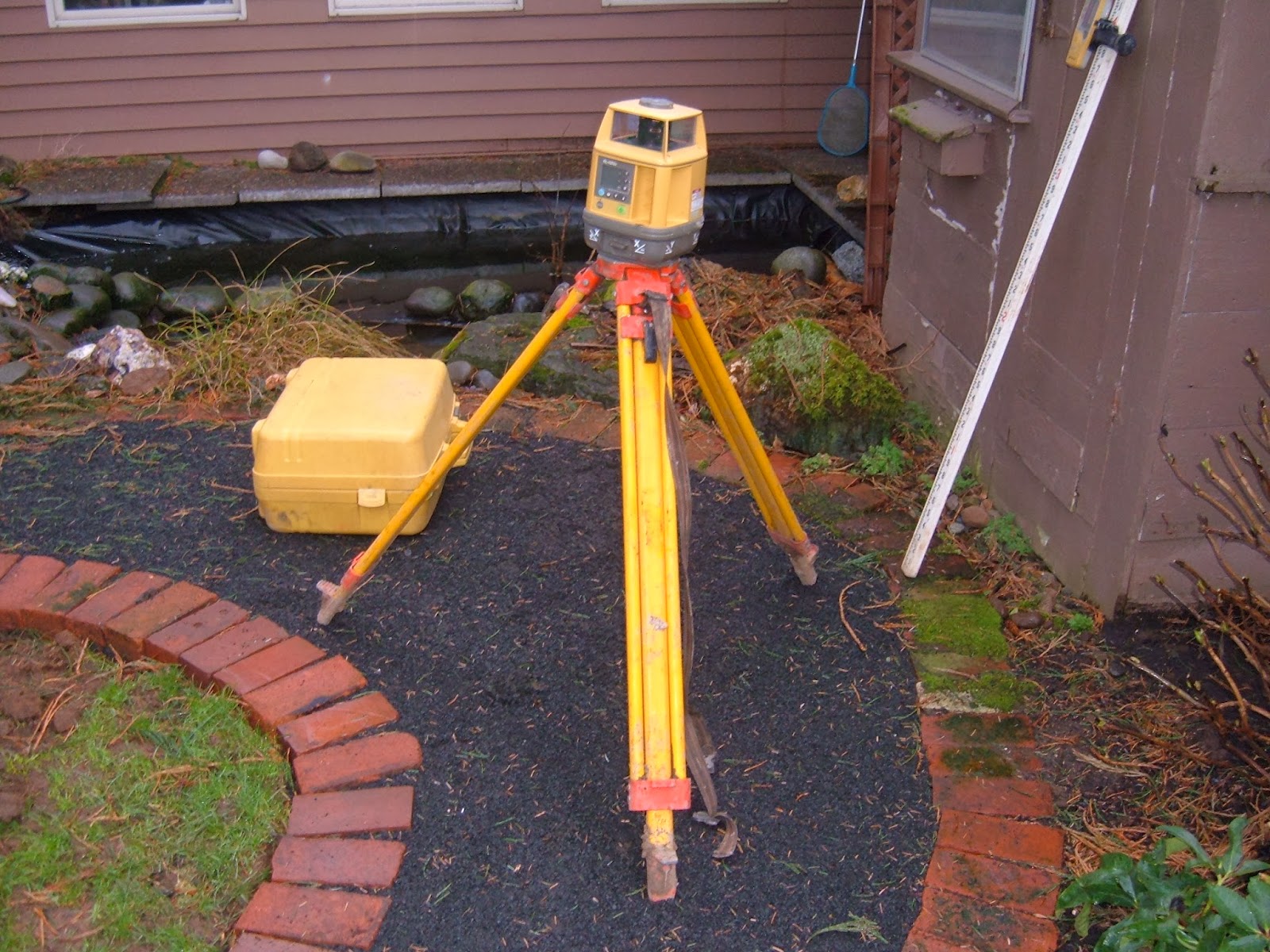 After leveling the ground they spread a sheet of weed barrier over the soil. 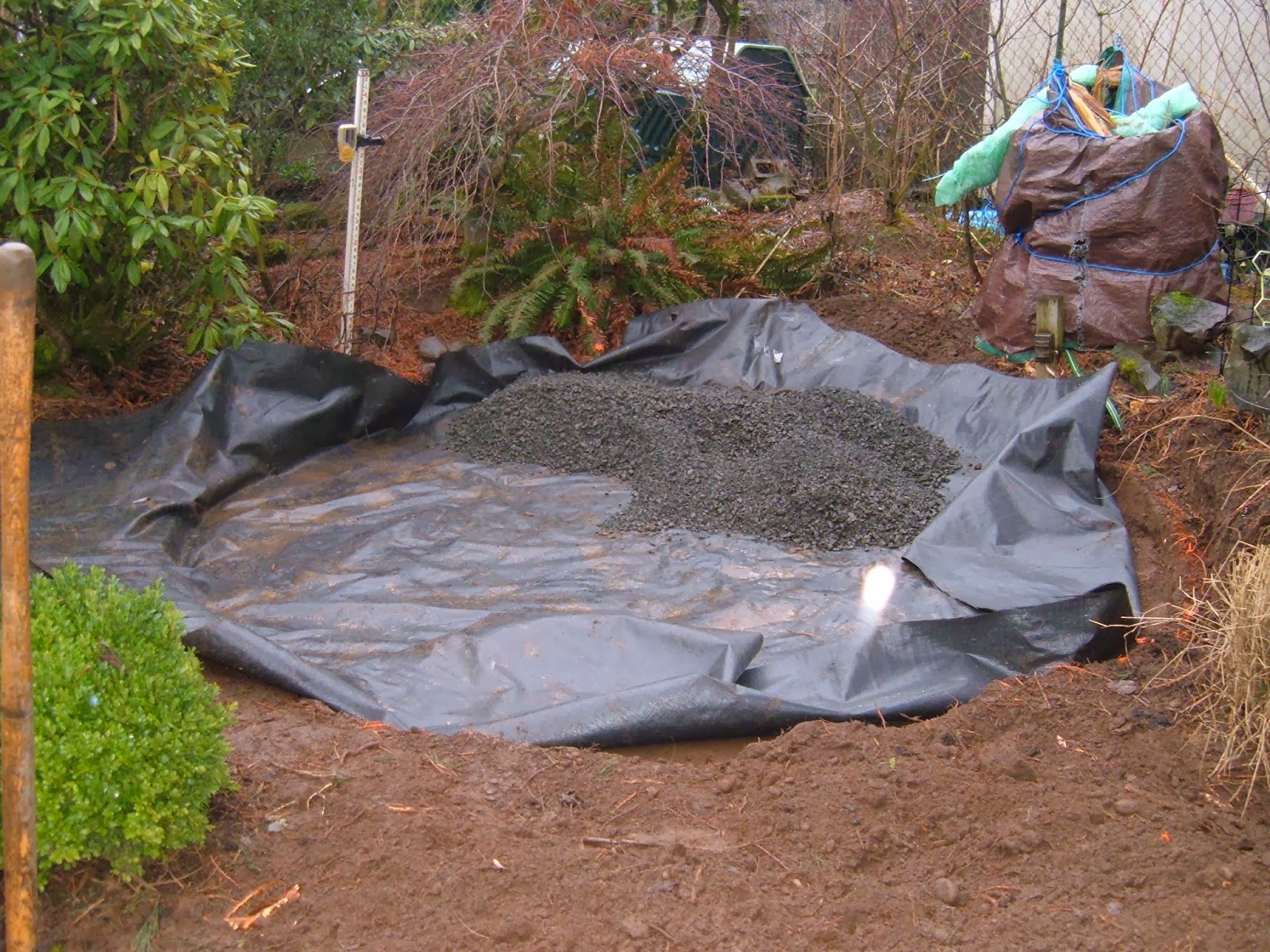 Next.... load after load of crushed rock 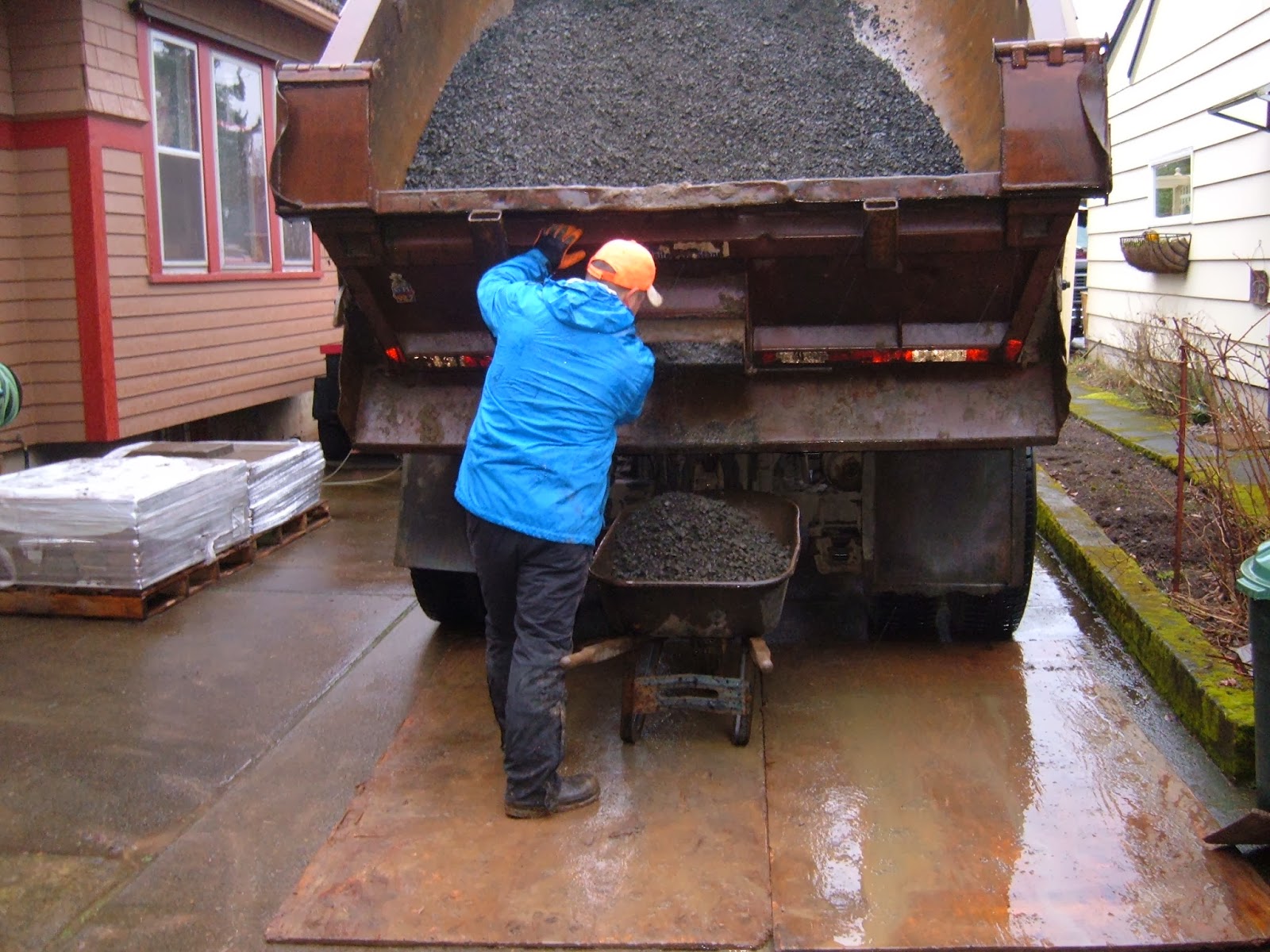 In my day we filled them by hand, now the trucks have a trap door, when opened the rock fills the barrow in two jiffs and off they go. No cardio work out for today's crew. 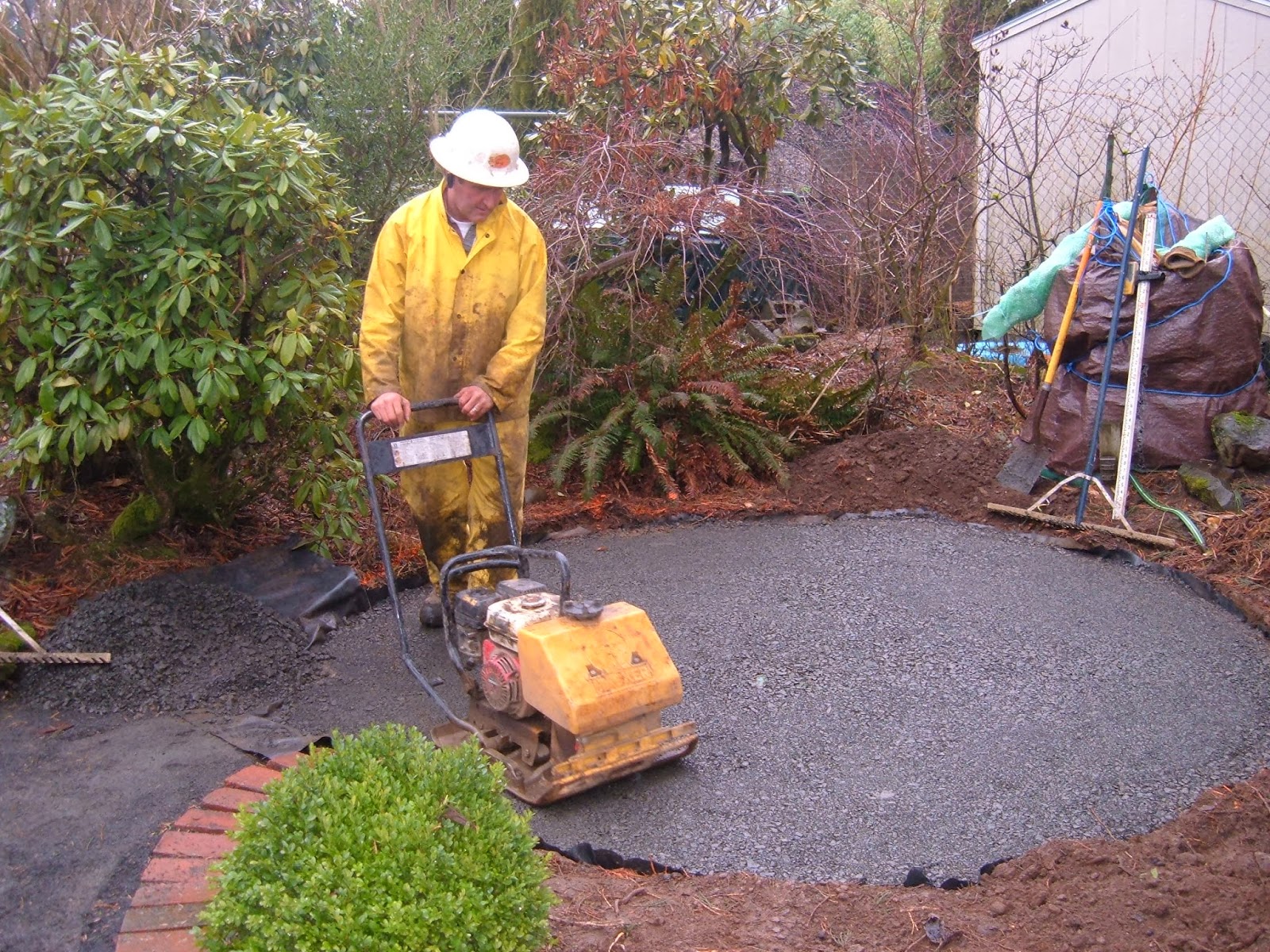 The last load of rock spread with a rake, the chirping tripod was conferred with....all was level.
This power tamper made sure the ground was nice and firm ready for the pavers. 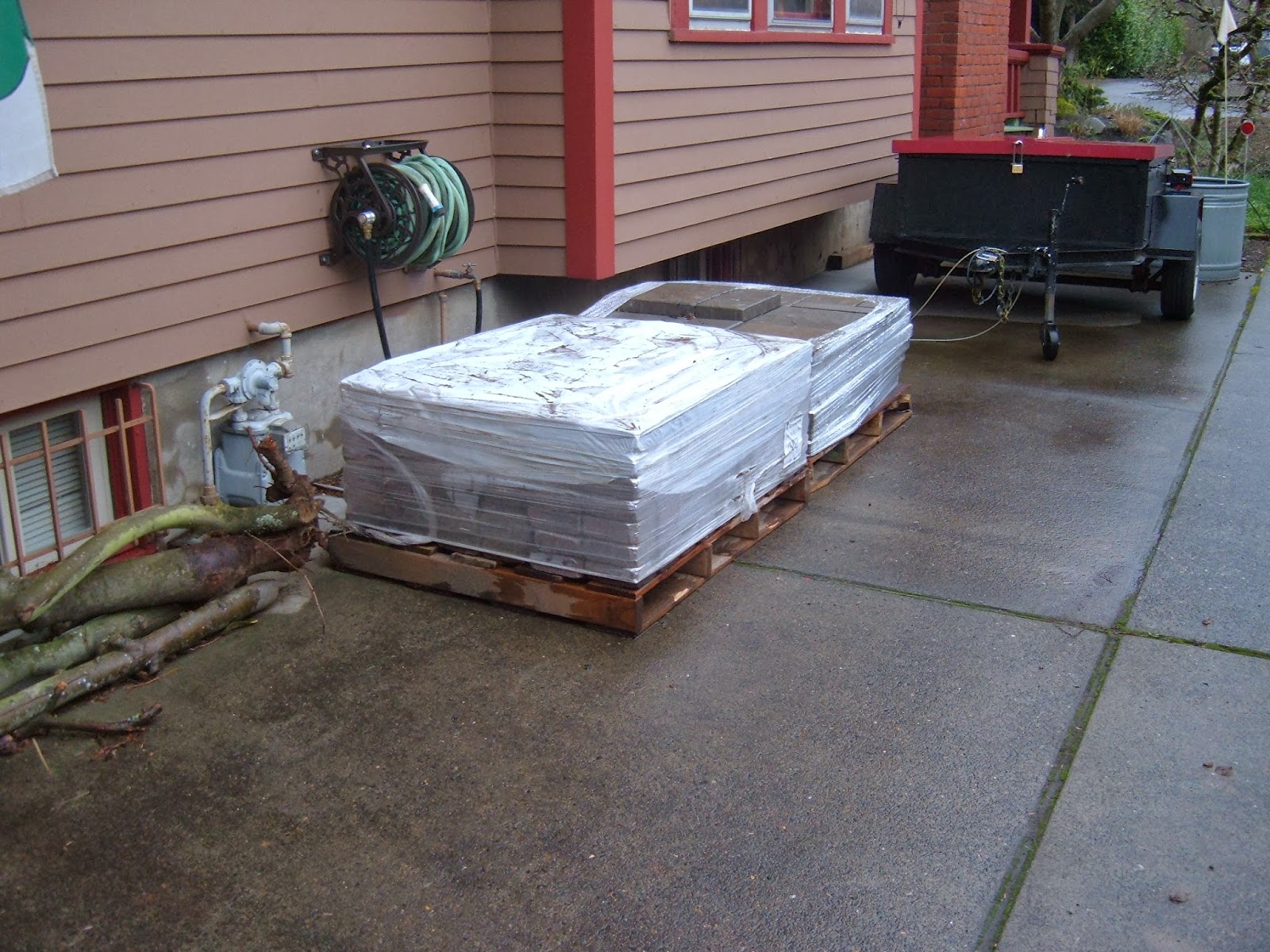 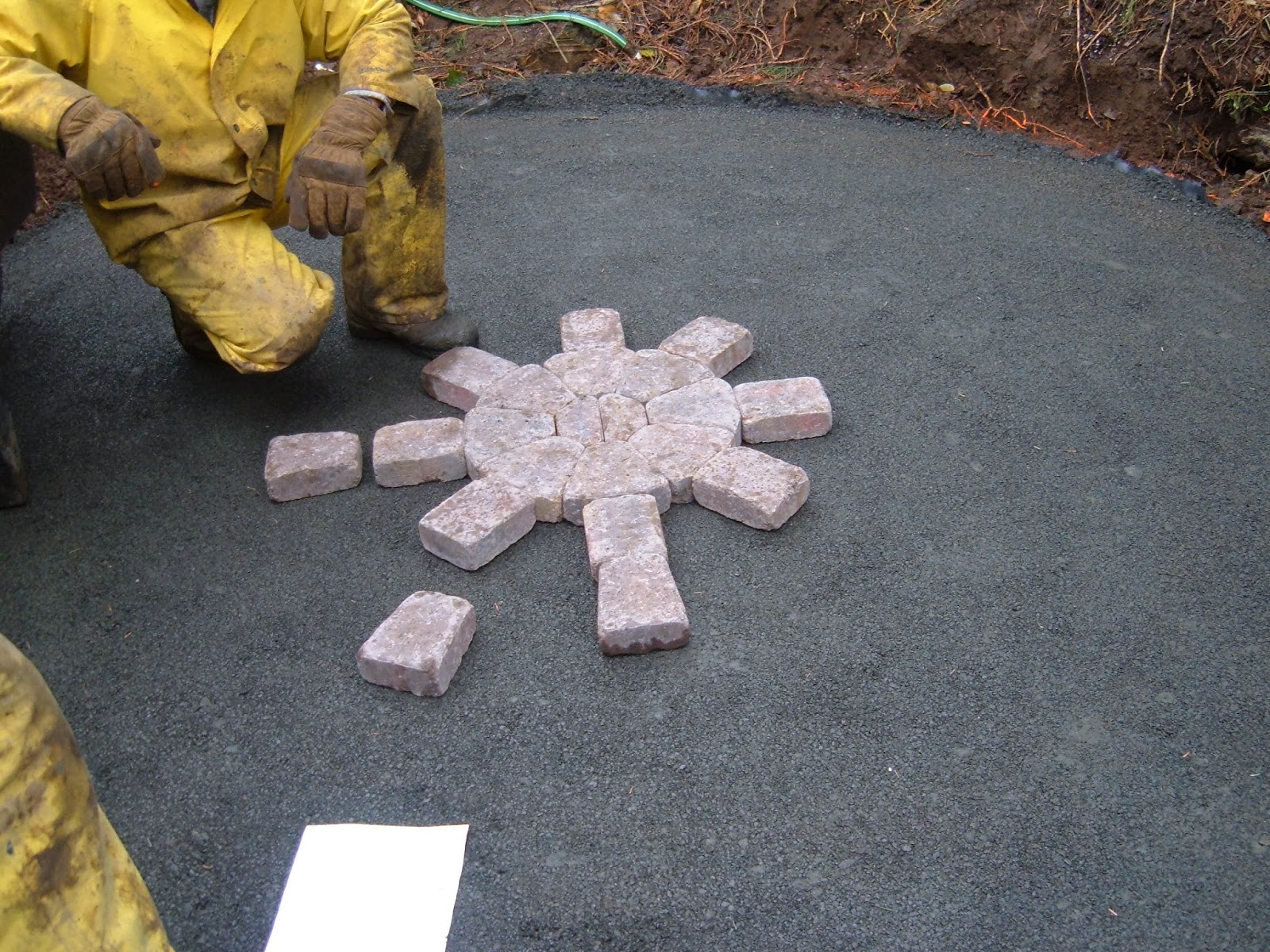 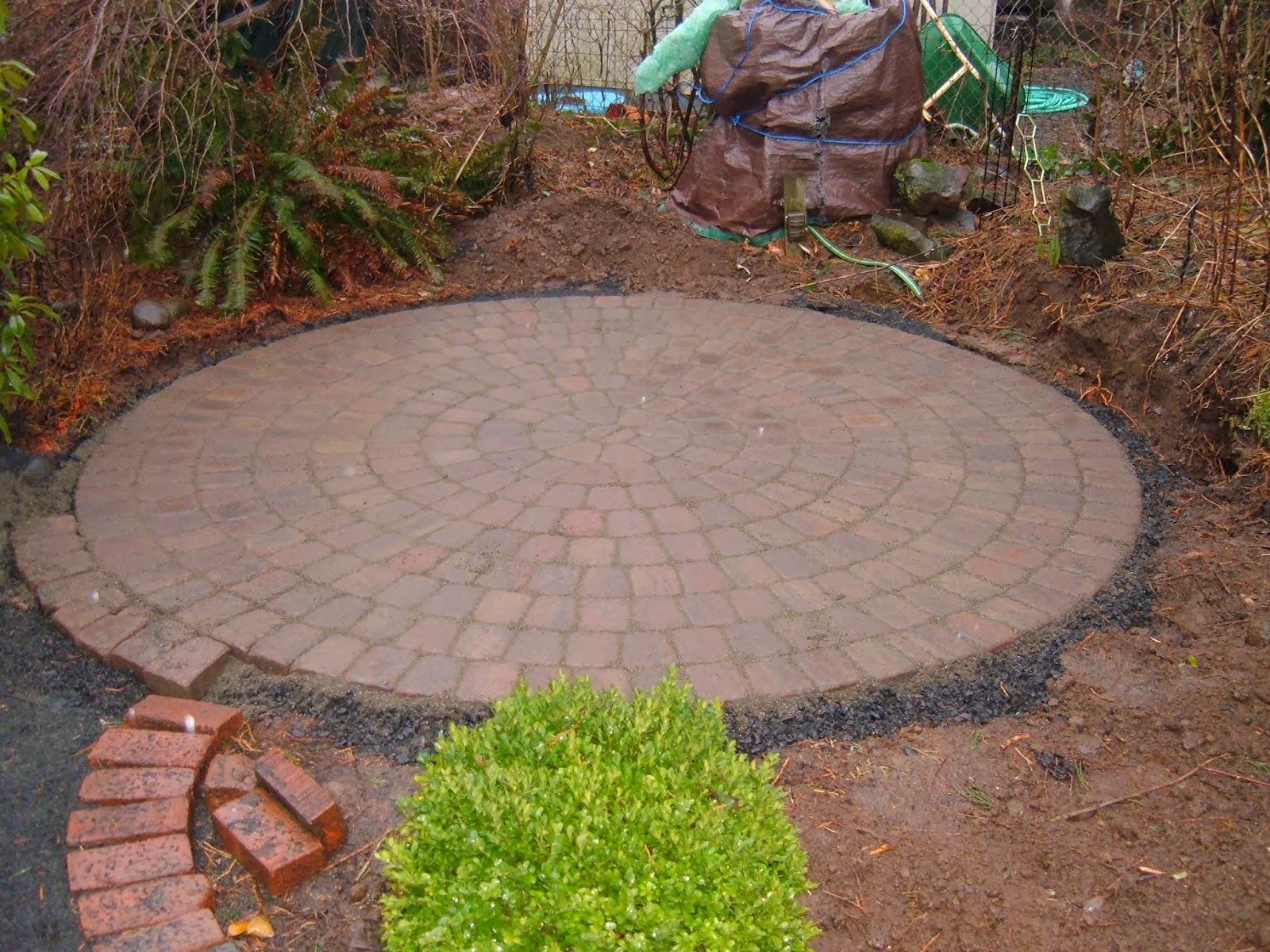 And now if the weather will dry out for just a bit I will finish the pathways and the landscape.
Posted by Doc at 9:10 AM