Future Farmer at The Manor

As a father, gardener and animal enthusiast I always thought at least one of my son's would follow in their old dads footsteps, but alas early on they showed no tendency's in horticultural pursuits. Then the other day I was asked to watch the Little Terrorist #2 for the evening. The first thing three year old Brooklyn asked when we were alone was "what we goin to do Poppi"? Menagerie Manor pretty much runs on a schedule, not just because of its high maintenance gardens but because of all the creatures that gave it the name. So the two of us headed out into the garden, dogs running ahead of us chasing up imaginary unwelcome beasts. Brooklyn loves to feed the Koi so that was the first stop as it takes a bit of patience, this job. 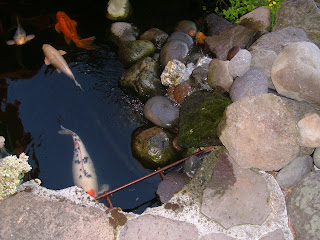 I find a seat on the bench as his lordship steps out on the feeding rock and tosses one pellet at a time all the while the nine big Koi are madly dashing about trying to get that one pellet. Its a bit of a tease for they are used to me stepping up and tossing a large handful at a time. That job done then we feed the budgies in the aviary, we drop in some food in the turtle arena.... not really feeding frenzy there, give handfuls of cracked corn to MeMa's ladies 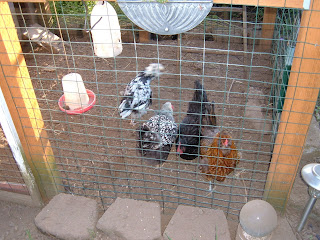 as a diversion giving us enough time to quietly remove the eggs from the hen house, then as we step back out Brooklyn spies all the brightly colored tomato's in the kitchen garden and asks if he could pick some. I grabbed a pail out of the garden house and the first bunch we came too were the Japanese Black Trifle. I explained that he was to only pick the dark red ones and the same with the Early Girls. Lastly we had the Sun Gold Cherries which confused him at first because there were no red ones! I let him do all the picking as I held the bins. 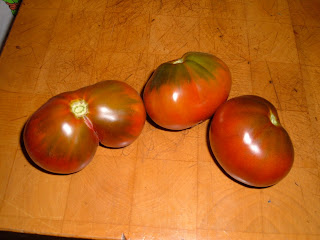 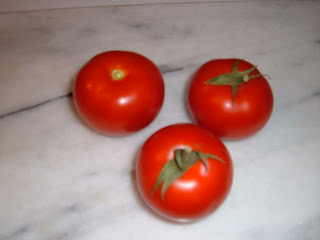 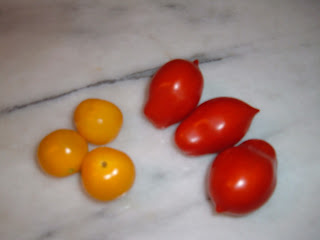 For just three years of age he is showing a lot of promise as my future farmer, way to go Brooklyn! This weekend MeMa canned dill pickles, stewed tomato's and my favorite Brochette.