It is with a heavy heart that I post this bit of sad news from Menagerie Manor.  Last night I lost all but three of our beloved koi fish from our big pond.  Saturday afternoon I had gone out to scoop leaves out of the pond and noticed one of the smaller fish was not well.  I called the local pond shop and described the fishes condition and then asked if they had a supply of rock salt which is a tried and true old remedy for bacteria infections in pond fish.  The young lady told me they just sold the last one but that she didn't think that that was the route I needed to follow and suggested that I dose the pond with a chemical that they had on hand.  So MeMa and I made the long trip out and picked it up.  While there I asked when they would get more salt in and she once again said that the chemical would most likely take care of things but if I wanted some, the feed store down the street sells it in 50 pound bags.  We stopped on our way and purchased one bag to have on hand.  When I got home I immediately put the chemical into the pond and went indoors hoping for the best.  Monday evening after work the dark purple that the chemical turned the water had dissipated and I was able to see the bottom of the pond.  That is a sight I will never forget as all but three of our oldest and dearest fish lay dead at the bottom and the three remaining looked as though they would not last much longer.  After netting out the dead fish I then grabbed the bag of salt and mixed the entire bag into the pond.  This morning I woke expecting to see the three remaining fish to have died during the night but they seem to be resting comfortably in different areas of the pond and not huddled together in misery as they did the night before.  Koi are like elephants in regards to family members, when one gets injured or ill another family member will stay with them giving comfort and sympathy.  Years ago I had a koi that was blind and the other fish would swim next to it directing it to the surface at feeding time.
﻿
﻿ 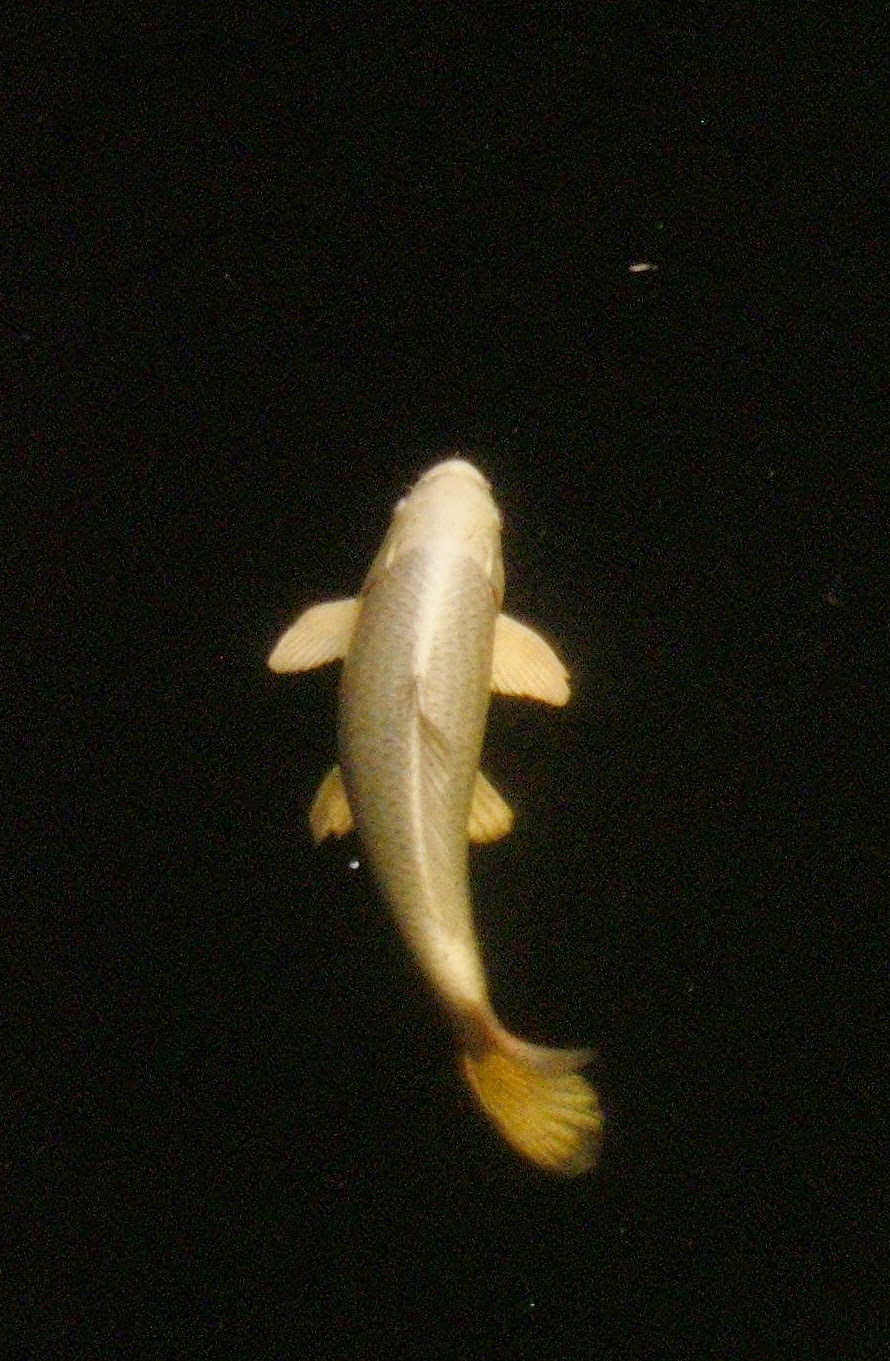 Shimo the platinum Ogone one of the youngest at about eighteen 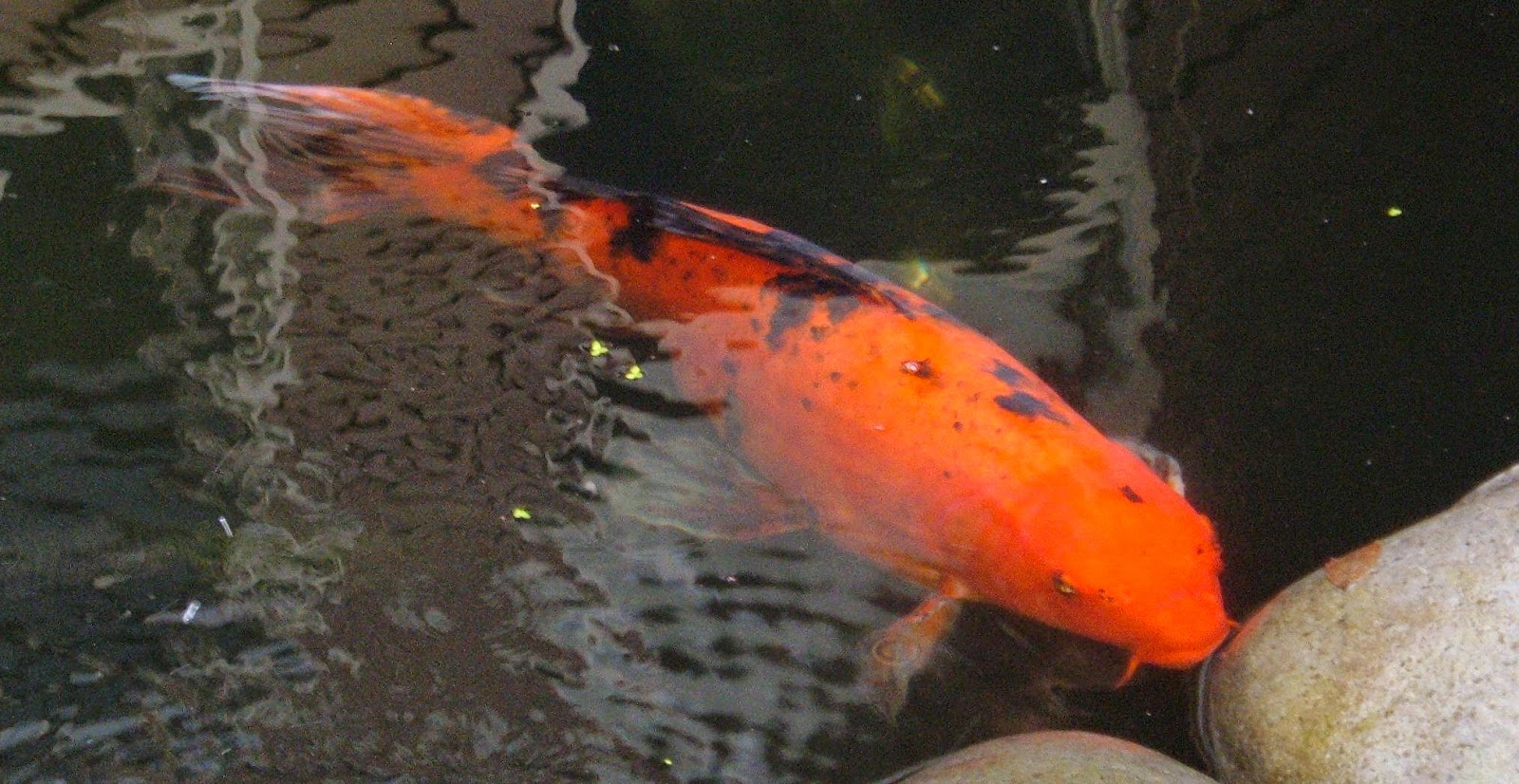 Wednesday November 19th  - I have mixed in the last 50 pound bag of salt and so far they are responding to the tried and true treatment that I should have done from the beginning.  Now I just keep my fingers crossed that these three survive the 21 days that they must remain in this salty environment.  I don't hold a lot of faith in dumping chemicals into a pond and am broken- hearted at the great loss of so many cherished members of our koi family.
Posted by Doc at 8:44 PM