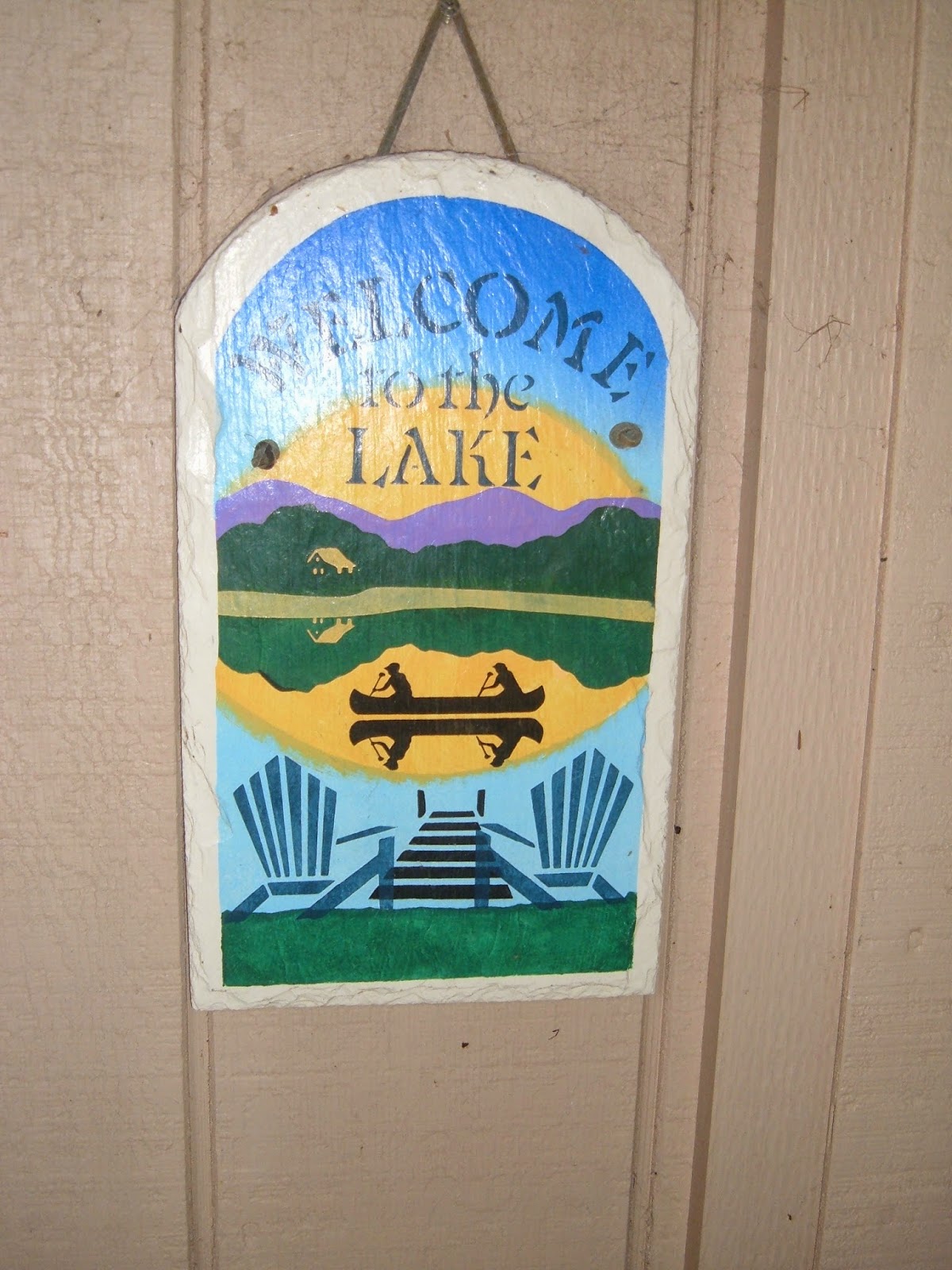 MeMa's feathers sort of ruffle when someone says, "Oh you work for the school district?  That's nice, so you get the whole summer off."  She is not a teacher she is the Text Book Clerk and therefore has less than 30 days off.  When you have a busy life as we do most of that time is taken before you can make any fun plans.  So when we discovered an entire week cleared on her calendar we packed up and scampered off to the family cabin. We managed to fill my work van full with all that we would need because the plan was not to have to go anywhere once we pulled up in front of the cabin. 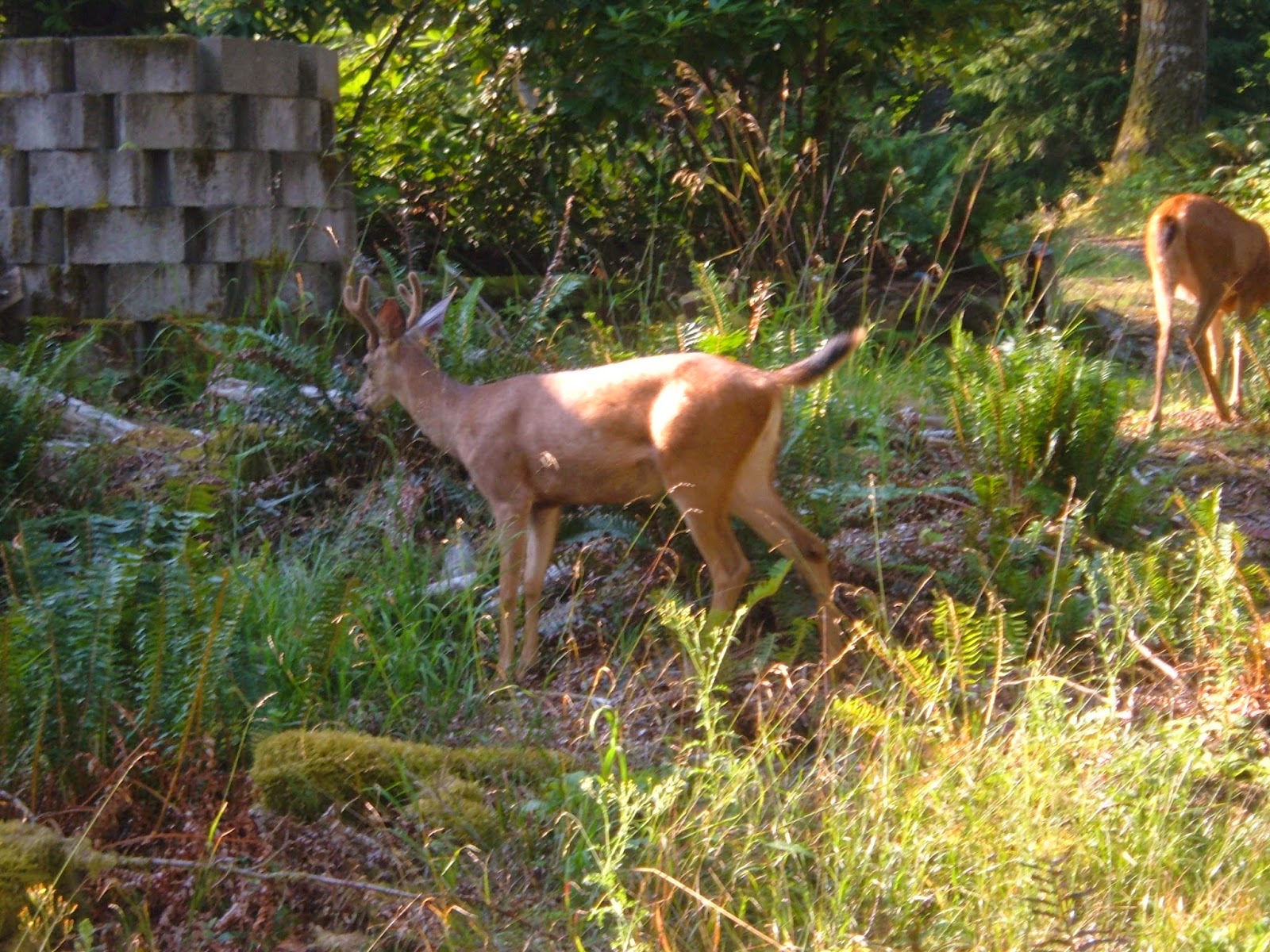 We were not the first ones there but diplomacy and two barking dogs helped convince these two freeloaders to vacate and leave these city folk to a week of relaxation.
﻿ 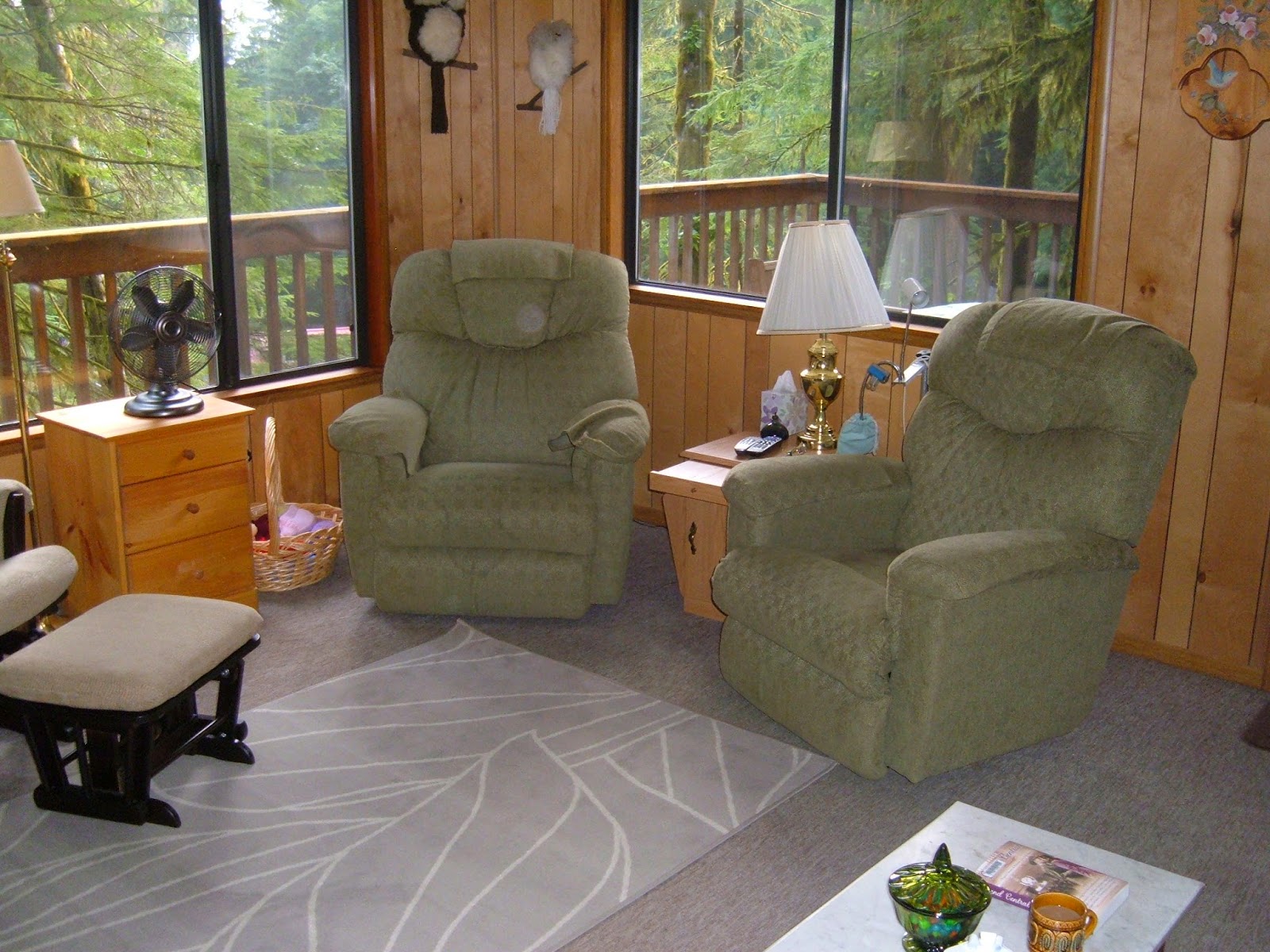 Once the van was unloaded the rest of the day was ours. And I can't think of a better spot to pamper ourselves then sitting here among the trees.  Our cell phones don't work at the cabin but we have satellite TV and MeMa brought several movies.

The next day, bright and early and alone once again I moved the work van out from in front of a large delivery of gravel, unloaded the wheelbarrow I had brought from home and began moving load after load through the woods to the back of the property where my late mother built a fire pit from an old truck wheel and some brick. 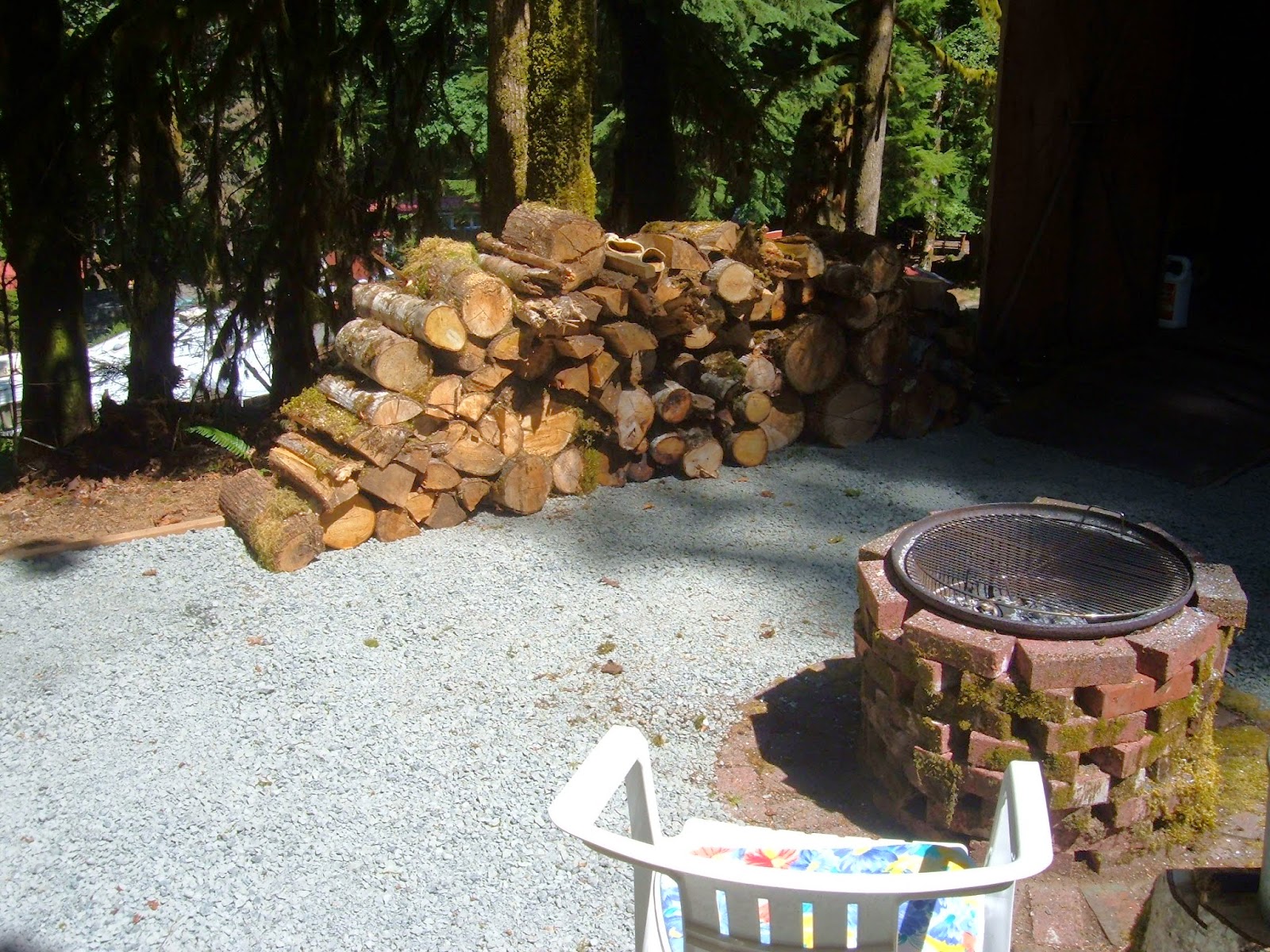 The rest of the gravel went to top dressing pathways.﻿﻿ 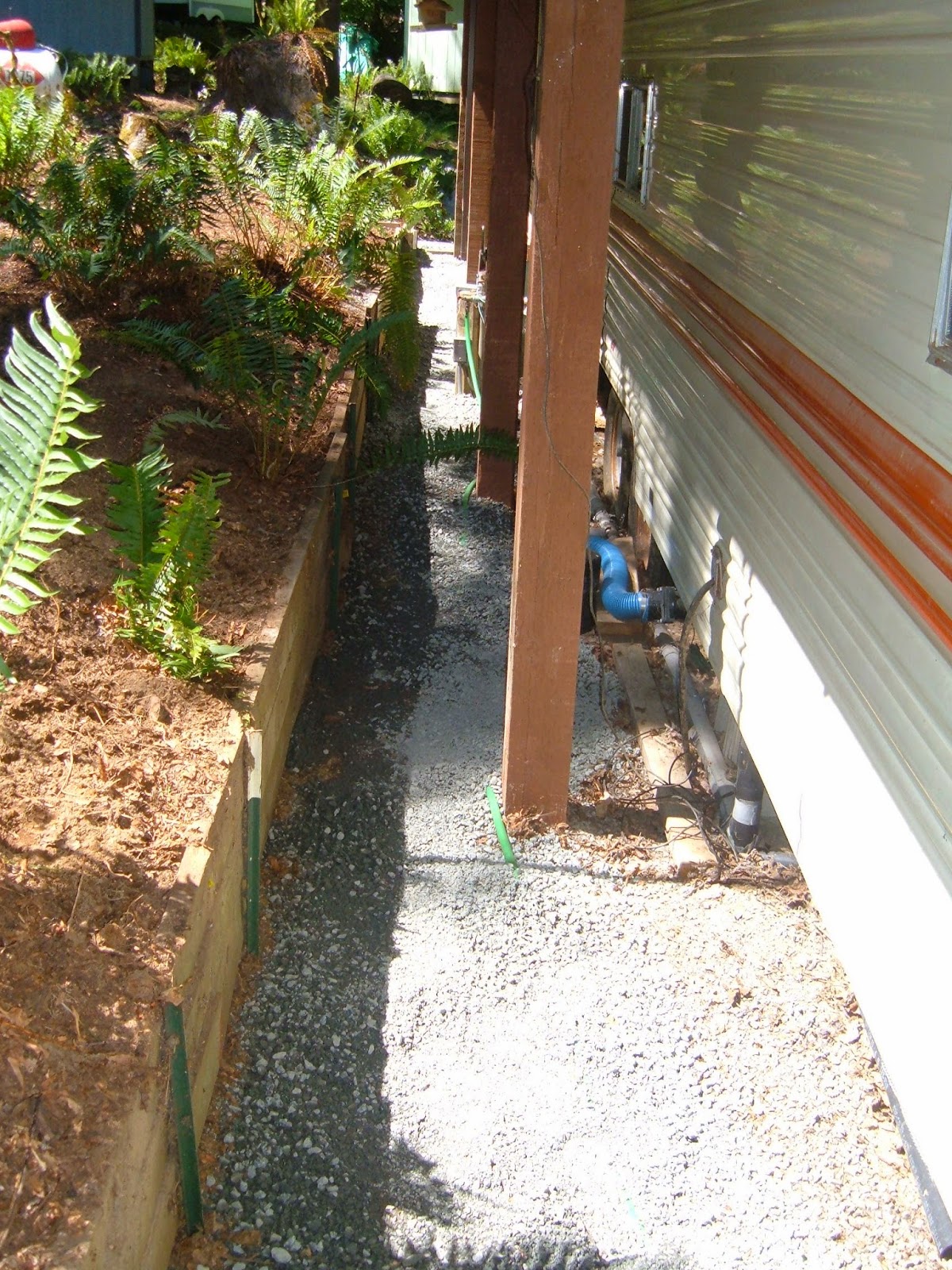 Built on a slope we have steps in various places and over the years and the recent removal of large trees the frames had been needing replacement and a new layer of gravel.


When the forest department decided to remove our large trees it left quite a bit of damage and clean-up that had been ignored.  I discovered a very old and battered native vine maple that was screaming for help and a large old huckleberry plant that was completely unearthed and laying on its side.  I pruned the dead from the maple and transplanted the huckleberry into a new location where we could enjoy them both.

Since they left us with no trees, only large ugly stumps I cut this pathway through the woods to the fire pit area and will build more stairs giving us better access to that area.


Weather was sunny and quite warm but the nice thing about the forest is that the evenings are cooler.

So.....Nathan your parents did not go stir crazy, we managed to suffer through all on our own for the entire week.
Posted by Doc at 9:11 PM