Besides watering in the greenhouse there is little time spent in the gardens.  The pond has been frozen for the last week which has sent the koi into hybernation mode, so nothing to do there except keeping the intakes on the pumps clear of leaves.  The last time I spent any great deal of time gardening was about three weeks ago and most of that was sweeping up the masses of leaves from the wisteria.  I was amazed by the intense color of my little dwarf ginkgo "Chi Chi" that sits at pond edge just under the wisteria arbor.  I quickly took a picture of it, the first since I planted it in 2008, as it usually drops its leaves when I think to get the camera. 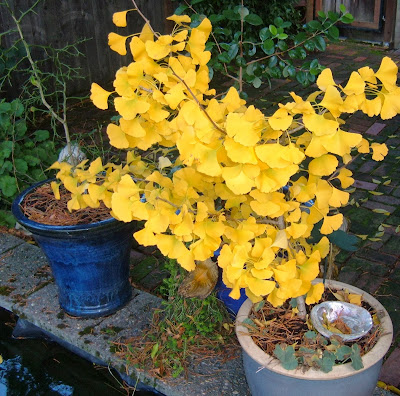 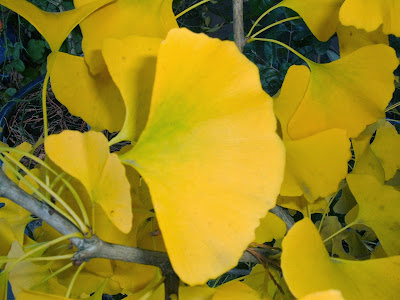 I would fill my tub with leaves and carry them out to the compost barrel and on one of my trips I noticed a very unusual sight...... 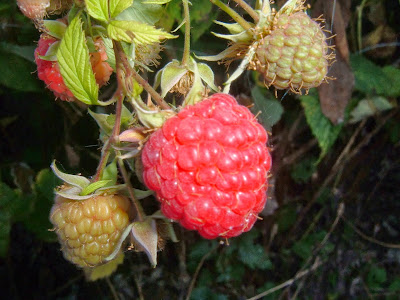 .......Raspberries in the last week of November?  I was told by MeMa that they were quite delicious as she sucked them down quicker than a hoover on a dust ball.  This week all that is gone, there are no more raspberies or golden ginkgo leaves.  Everything has a layer of ice on it, when I walk the ground gives a frozen crunch under my weight.  I don't last long outdoors, there is no joy in this frozen land.  Inside, MeMa has turned Menagerie Manor into a Christmas wonderland.  Furniture moved about to accommodate such things as the aluminum tree which needed to go in front of the windows because I was able to find the color wheel at an antique shop in perfect running order and in the original box.  When viewed from outdoors the silver tree slowly changes from green, yellow, blue and red -  a real treat from the 1950's. 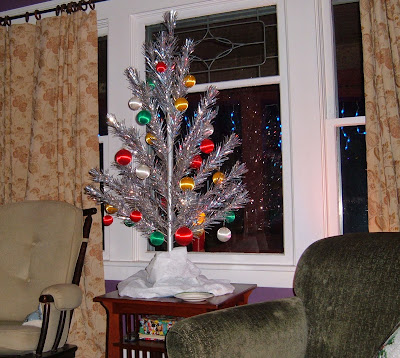 MeMa has a real skill for decorating this old house, me not so much but I follow direction if you get what I mean.  She asked if I would like to arrange the large collection of Santa's on the mantle, I looked at her with disbelief as I know MeMa has a penchant for order. 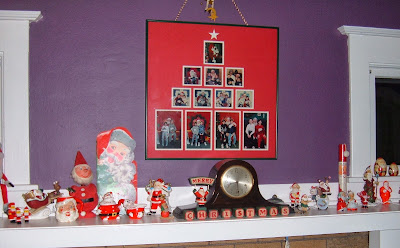 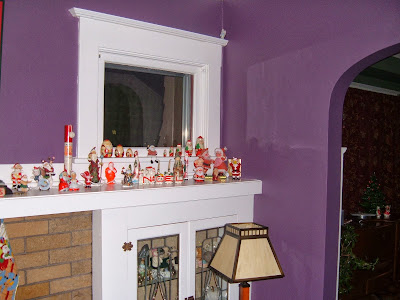 So while she set up the manger on the top of the old player piano I slowly started unpacking the many Santa's, keeping in mind height and material of each figure.  Last Santa figure placed, I stood back and gazed at my handy work........and so......after MeMa redecorated I poured us both a glass of wine and we sat and listened to Christmas piano rolls. 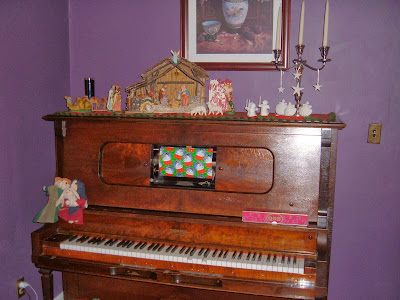 Do you know what goes good with a glass of wine while listening to piano music????
Fresh picked raspberries....or so I've heard!
Posted by Doc at 9:25 PM